Once again I shall clarify that i have in fact been in London for the past few days. 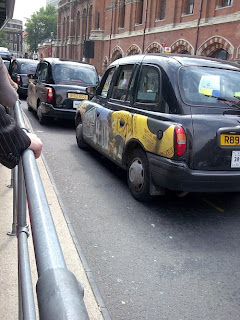 Me and my mum went down for 3 days last week, generally just to see Chicago, but we obviously had to fill the days with something... So what did we do? We shopped!
We also went on a tour bus for the majority of Friday, because although we've been to London a trillion times we never do tourist stuff...

Anyway, here is what I got; 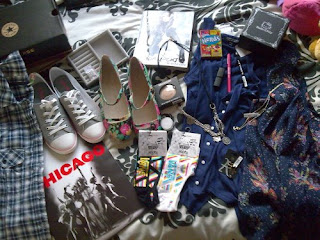 Tbh i think it looks more than it actually is... I'll attempt to list it for you
Elle, Nerds, Vans slip on socks, American Apparel boob tube & a ring organiser. The rest is mentioned below.

Our hotel was a 5-10 minute work from Oxford Street - the Selfridges end - so this is where i began.
I found this really cool LE diet coke, which for some reason I'm always attracted to despite not liking the diet version. Don't you love it?

It came with a little sticker book too!

The weather was pretty good, and after a couple of hours of shopping we stopped for a drink where epic rainfall was witnessed... I don't think this picture shows the extreme nature; we were under a parasol. 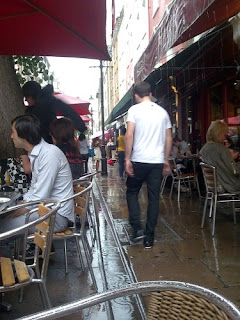 I attempted numerous updates of my Twitter while away, but only the first few worked for some reason, so I'm hoping the rest don't come in bulk anytime soon... - Otherwise, the weather was pretty good, if a little dull on Friday.
Friday aft was spent in Covent Garden, where i found a MAC store, i looked at the counter in Selfridges but figured i should wait until my last day to splurge, because i wanted to see what else was available. I think I'll do a separate post on MAC, I got the skin finish natural, but I'll review it and my experience later.

Friday night followed, when we walked from our hotel to the Cambridge Theatre (Near Tottenham court road if my thinking is correct) to see Chicago. The walk was definitely not the 10minute stroll my mother had promised, but it was a nice walk so i suppose i won't hold it against her... too much. We took in a meal at 'Cafe Pasta' before the show. 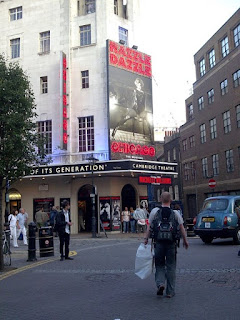 I saw Dirty Dancing in the west end last year, and i have to say it doesn't compare, that was amazing. It was still really good though, I don't rate Michelle Williams as Roxy though, good singer, but i personally don't think she's too good at the acting side. Maybe that's just me though.
The guy playing Billy Flin (?) looked really familiar but i couldn't place him... He was the best performer i would say. I also saw Derek from Big Brother 6 here... very exciting obvs.
All in all, was a very nice evening. I persuaded my mum to get a taxi back, to avoid the epic walk there. It wasn't even that long... But i only like walking once its been done and the effects are seen, which i can tell you are being seen after those few days!

So Saturday was our last day, but it was pretty much the whole day as the train didn't leave til 4.30pm. We began with Oxford Circus, which, if hit in the morning, is an acceptable level of busy. I have been to Topshop in the past, and literally walked straight back out because of how many people are there, but I got there at a good time. The amount available is a little over facing! I only got a top, shoes and a lipstick; I could have easily bought more, but i figured as it's all over the country anyway, is there much point in buying as much as possible? 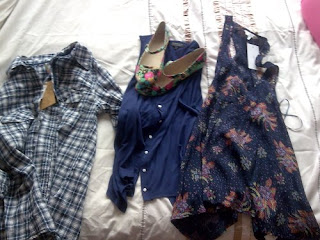 We then went to Carnaby Street, which is my favourite part of London, even if I'm not buying anything. But, that day, I did. I finally got my hands on the Converse CT Lites, which have been sold out in two of my local 'Office' stores for a while, I love them. They're not anything special, but I've been waiting for these for ever! 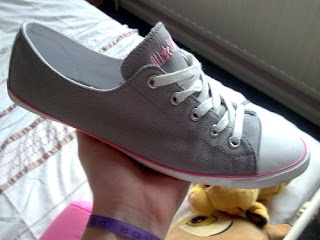 I did Vans, David and Goliath and Kingly Court (KC is good for vintage stores and one off boutiques) where we stopped for a drink, then finished with American Apparel before moving onto the area surrounding the theatre, which had a few stores i wanted to go back to.
I bumped into a friend in KC though, which i thought was funny - of all the places to bump into a friend from home?! Stuff like that amazes me...
I was also treated to another drink by the theatre at a cocktail bar opposite Kiehls. Twas lush. 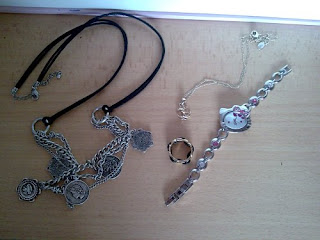 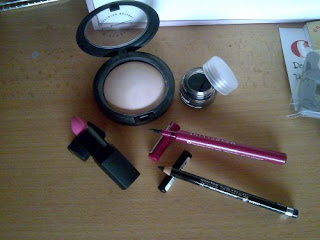 And so completes my trip.
I always love London, even if it is just the same shops but bigger. The only downside to London is the tourists, they always manage to look at their map RIGHT in the middle of a crowded pavement, otherwise all is well.

So came the train journey, this is how i spent my time 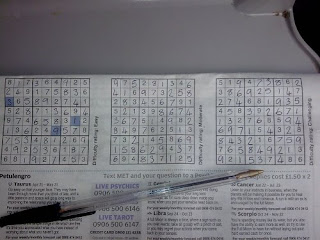 Intermingled with reading Elle and Glamour.
We got the Independent paper free every morning at our hotel, so i must have done about 15 sudoku over these past few days. I love them.

Expect posts on my ELF and NYX stuff soon, plus a couple of reviews.
Thanks for reading, I hope it didn't drag too much...