Today was the day for Aussie.
I got emailed sometime a bit ago inviting me on an Aussie treasure hunt, named 'Project Angel', this didn't include many details.. After scoping out Twitter and other blogs, people thought it was all a bit shady - but, I figured all would be well, I trust easily...
You'll be happy to hear, all was well.

I think it was held in various cities all over the country, my city was Manchester. On Friday I received a key and a clue card in the post the clue read;

Now, I don't know Manchester all that well, and I don't even know the street names in my own village - so i set my mother on to researching it. We deliberated between Victoria Street and Princess street, but went with the former.
Off I went to Manchester on a whim with a friend, we went in a couple of circles but eventually found a man standing next to a big silver box - figured it must be Colin! (The guys number on the card... I assume you could ring him if you got lost.) 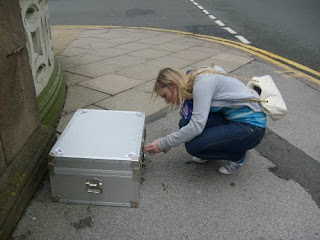 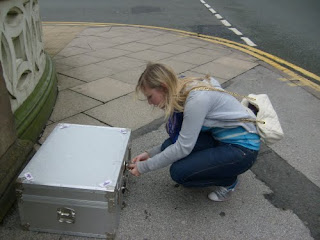 I can only assume that onlookers thought this was some kind of dodgy dealing...
I used the key I was sent and it fitted! It was like a twisted version of Cinderella with the shoe. 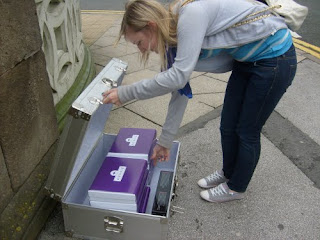 YAAY!!
I love a good treasure hunt. This was the prize at the end.
Plus, because I was the first to get there, I also won the extra prize of Wella's pro - straight shine straighteners! To say I couldn't really be bothered to go this morning, I am definitely not regretting the decision.

Inside the illusive box; 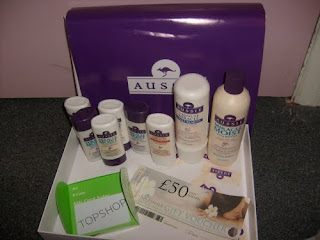 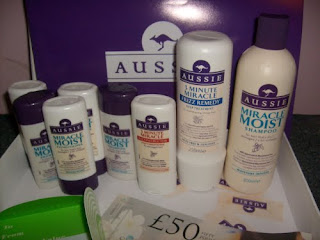 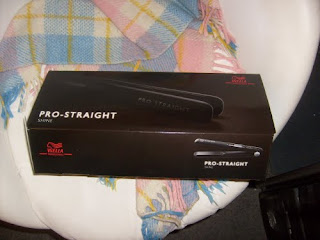 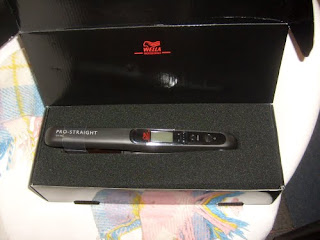 First impressions of these are top. They are just as good as GHDs and even better when it comes to curling - but i've only had a quick play around. They have a shine function too, but i haven't had the chance to reap the benefits of that yet.

Obviously a HUGE thankyou needs to be said to Aussie haircare. To me this is a pretty unbelievable prize, so thankyou thankyou thankyou!!
Also, the guy we got it from - Colin - was so nice! He had been stood at the corner waiting for everyone to show up from 10am, and wasn't allowed to leave until 5. We got there at 12 ish, and I was the first one. Plus, we saw him on the way back to the car, at 4.30 and i was still the only one that had shown up. So bless him for waiting there all day with nothing to do!

Aussie have also developed their own website around this 'event' featuring other bloggers that were invited to it - go have a look see and support this amazing company!

www.uncoveraussie.co.uk
Once again, a huge thankyou to all those involved with this - I'll be reviewing the rest of the products after a couple of weeks of using them.