I'm sure you all know that the Maybelline bloggers event was held yesterday.
I travelled the two hours down to London, to go to the L'Oreal head quarters after receiving an invite email a month or so ago.
This was my first event, and i'd heard it could be a little daunting, with people having their own blogger cliques - which i was worried i wouldn't fit into. Thankfully, in this case that wasn't true. I've already thanked, but i really appreciate all those that i met and went home with at the end of the day because it honestly meant a lot that you welcomed me - but, before i start sounding a bit cheese...

I met Sarah and Emma at Kings Cross, before making the 5 minute walk to Euston to meet Nicola, Carly and Sadie. It was then onto Selfridges.
Before the trip i'd actually thought of going to Carnaby Street, Covent Garden... Where did we do? Selfridges. That's it! I picked up MAC's Carbon eyeshadow for a friend, otherwise that was the only shopping i did which is a shame... Maybe next time.
But yeah, before we knew it we had to be making our way to the L'Oreal HQ for the event. 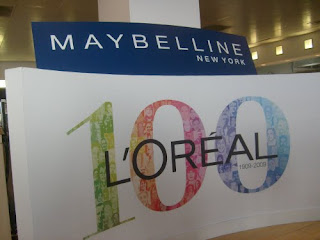 We started off with very afternoon tea esque refreshments, before they gave us a presentation on the brand. It was really interesting, especially the story behind the name, which i'd never thought of before; long story short a girl named Maybel's brother put coal powder and vaseline together - made mascara, hense Maybelline (Maybel + Vaseline). I guess that's why they're so focussed on mascara then? 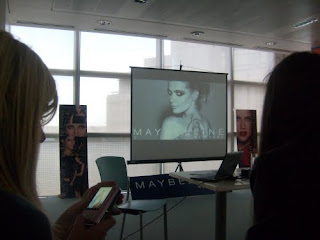 Not that you can really see it, but this promo pic is one of my favourites. I think she is beautiful! This was just before the presentation started, we were run through their advertising, new products, USP and every one of their products they sell!
This was then followed by our receiving of the goody bags - being my first event i didn't really know what to expect, but the amount we got was amazing! Plus, another good idea they had, was to not include foundation in the bags, at the risk of people getting the generic shade that only suits a handful of people; instead they had a table laid out with all their foundations on it, so you could make sure you got the right shade - plus there were MUA there to speak to in case you needed any advice.
I have stupidly forgotten her name, but one girl (the one that started on Monday!) recommended the mineral foundation, and thank gosh she did because it worked really well today! Apologies for lack of name... I feel pretty bad :/

But this was our oppertunity to mingle with the rest of the bloggers, it's odd being in a room with loads of people you know but probably don't know you... Or that you've never really spoken to. I have to admit i was a little reserved and didn't speak to as many people as I would like to, I'll definitely try harder next time :) 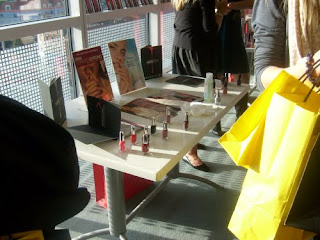 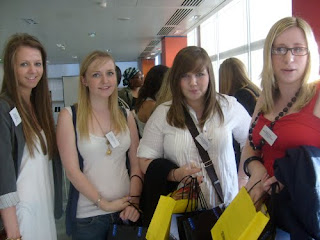 :)
I got the train back with Victoria, Carla (speaking of, go check out her give away for 200 followers)and Daisy who took me under their wing.
I thought meeting everyone would be a bit awkward actually, but it was like we were already friends! I'm looking forward to more events to meet more of you!

So, onto the goody bags;
Another thanks will have to be made to Maybelline and the team that were there, they were all really friendly and approachable and really generous!

Here is everything we got; 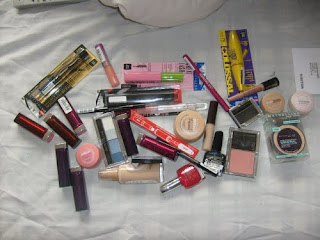 I'd normally lay it out all nice - but i was pretty excited!

The lip stuff, including their new Colour Sensational range; 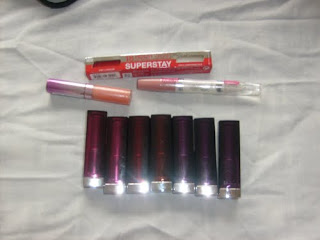 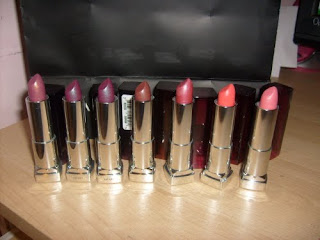 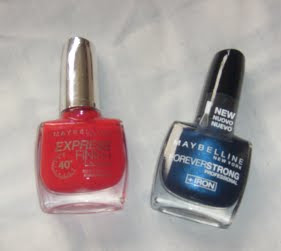 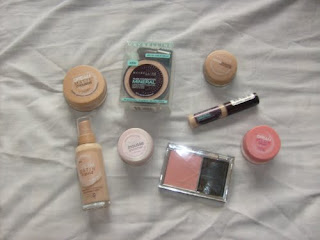 And (my favourite) the eyes, including the Pulse Perfection which i have been intriqued about since i first heard about it; 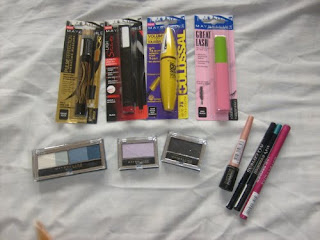 I haven't had a chance to properly play with all of it, and some stuff i've already used in the past, but i'm going to do a few reviews of different products because some are a lot better than i anticipated!

Thankyou to the Maybelline team and all those that were involved!
Watch this space for reviews and stuff, if there's anything you want to know more about then let me know :)