Onto the random – Company Magazine

I have to admit, the number of magazines i buy doesn't necessarily correspond with the number of magazines i read... A lot of the higher end ones i sometimes give into (Vogue, Elle, Pop) are generally there to look at the pictures and read the captions.
Glamour gets my full attention every month, usually read from cover to cover over the month, the rest are a mix, sometimes I'll read some of it, sometimes all of it.

But, this months Company magazine has impressed me a lot. 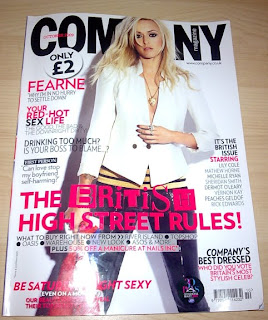 I bought it after seeing the video of the Alice in Wonderland themed shoot for British stars, AIW is a favourite of mine, so there was no question i was going to buy it, but i found so many good articles in this months issue, it will definitely be getting purchased next month.

My favourite article was obviously the Alice in Wonderland shoot, although I'm sure replicas of this will be everywhere next year with the release of the AIW film.. 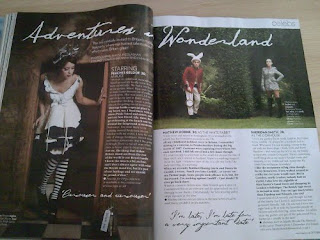 It's just a shame it featured Peaches Geldof.. Sorry, not a fan.
They also follow a monthly article, Bargain to Blowout, this is a common thing in a lot of magazines, but i like that they provide more options than just comparing two items - plus it means you can see whether its worth spending a little extra on something anyway. 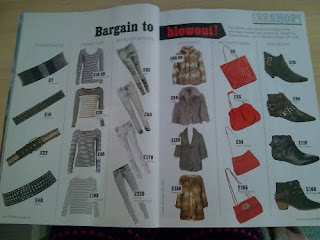 I'm particularly loving the most expensive pixie boots, £160 from Kurt Geiger - coincidentally i have a £10 voucher for there... V tempted.
But, the article that has spurred on this review of Company magazine was 'A month of fashion and beauty firsts' in which Vicky Trott of Company trialled a different trend each day of the month. I thought this was a great idea, it gives us a normal persons perspective! But, it's something that could easily be recreated by the public, and who knows, you could discover something you thought you would hate, to be something you love - she did! 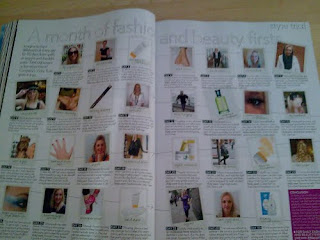 There's also a feature on fashion bloggers, which led me to discover Charlie May's blog and a couple of others which have amazed me. 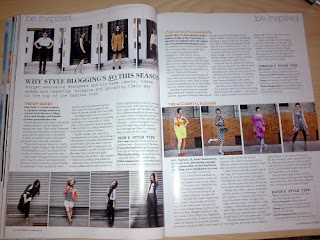 And, what better way to end a magazine, than with Stephen Moyer, or 'Bill' of True Blood fame. Am i the only one who loves him? My friends have given in to the 'Eric' way of life - not for me. 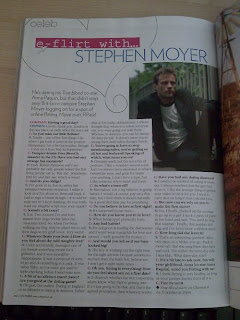 Yummy ;)
The only reason i have bothered with this post is because Company isn't usually a magazine i would think "I must get that this month" like i would with Glamour (hence the subscription) but every time i do buy it, i always enjoy it.
So, I'm now left with the dilemma of buying it monthly and most likely progressing it to the 'just look at the pictures' pile or only pick it up when i see a particular feature I'd like and enjoy it every time - tricky.