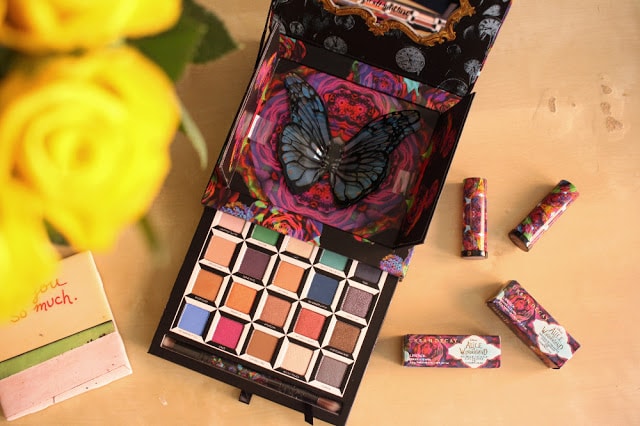 Urban Decay has disappeared down the rabbit hole and I don't think they could have produced anything more beautiful. Urban Decay is in Wonderland, with a beautiful, collectable palette that they do so well in, as well as seven lipsticks ranging from the wearable to the mad... in-keeping with the release, of course. 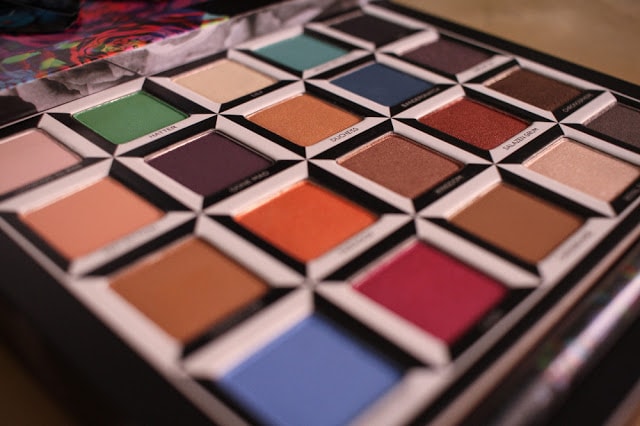 An initial glance into the palette* may be a little daunting, there's a lot of glitter (only three mattes) and some bright shades to content with. There is still an impressive range of neutrals, even if they do have shimmer or glitter to most. I've been wearing Lily almost daily since I got the palette - a beautiful champagne colour with a pinky pearlesence, it looks great on the lids with a slick of liner. I've braved the brights, dipping my toes into the blue of Metamorphosis, lined under the eyes brings a bit of colour to the daily. 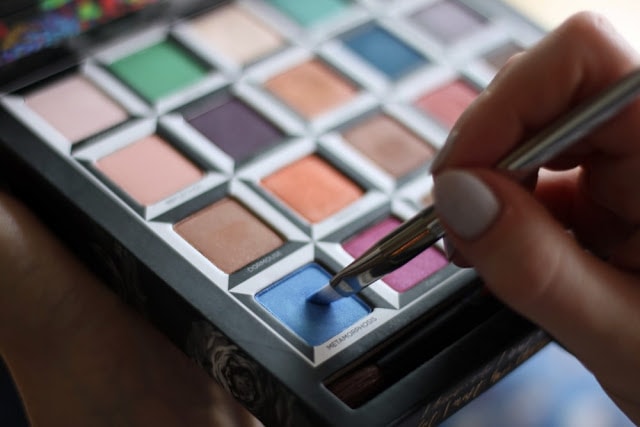 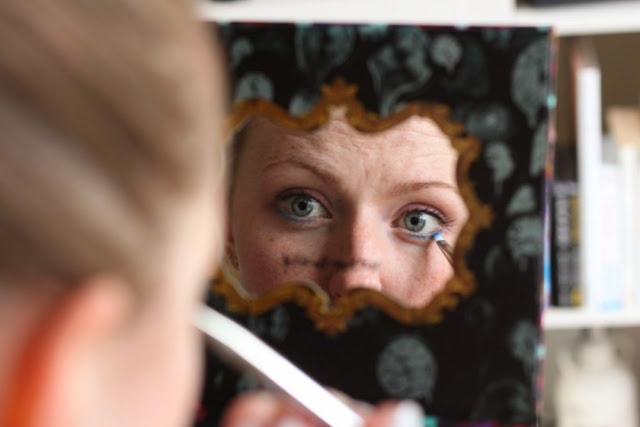 The brights are more wearable than first glance would have you think and the shimmer shades are almost creamy so easily blended out for a sheerer look.

For the lip releases*, be prepared to be daring if you're investing. There are some vampy darks, Mirana which I'm reserving for winter. The nude shade isn't as stark as the bullet looks, plus there's a subtle pearlescent hue running through to add some more wearability to it. My favourite is Iracebeth, a bright red shade with some cool undertones to make it easily wearable for paler skin tones. The finish is comfortable on the lips and it lasts amazingly well. 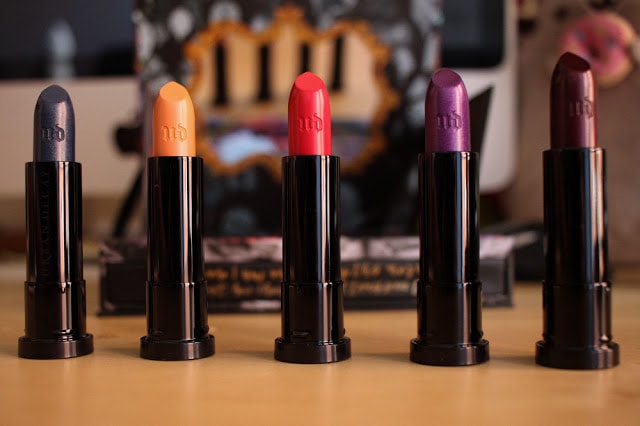 I'm yet to be brave enough to try the blue Time, but in-keeping with Urban Decay's creative releases, this is definitely one for make-up die hards to add to their collection.

The palette has become a part of my blogging space purely because it's too pretty to stash away. Who else amongst you will be heading down the Urban Decay rabbit hole? 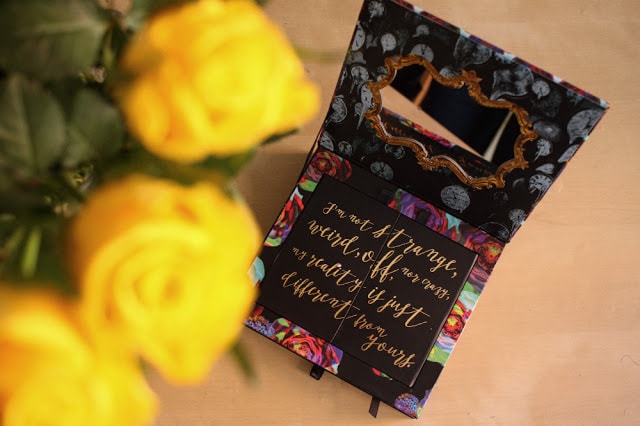