Too Faced Better Than Sex Review

Honestly, if you said I was only allowed one make-up product in my life, it would hands down be mascara. Get that killer product and it's a serious face changer. I have a few on a shortlist that I need to try in the near future, one of which being the Too Faced Better Than Sex mascara that I can tick off, it was a close second behind the Urban Decay Perversion - that one's a killer by the way. So, how does it measure up?

This mascara applies so smoothly, it just lacquers the lashes with an instant lift, just with one coat. I look for thickening primarily, lengthening as a secondary. Honestly, it's not the best thickening formula I've ever used, but it feels so natural on the lashes it's something I can compromise on.

The easy compromise is from the ultimate volume that coats your lashes, paired with such a light formula it means instant flutter in a tube.

With a flutter, I have noticed a print or smear onto the upper eyelid every now and then, but honestly I think this is a curse of any mascara since I'm already hashtag blessed with pretty long lashes.
It comes off just as easy as it goes on - in a good way - I am just in love with the formula. Super light, literally zero clumps and no crispiness even after hours of wear.

The brush is a bubbled shape - I can't report any amazing benefits from the shape, or any detriment, although there is zero product build up so bonus points there.

I picked it up on the back of a hype, it definitely lived up to it. Urban Decay's Perversion is still the top of the pyramid but I'm pretty impressed with the results of Better Than Sex, with such a light formula.

In the UK, try Debenhams - US, you have it a lot easier. You can see what else I picked up on my most recent Sephora trip here. 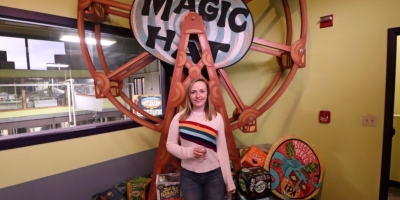