The glass bottles twinkle in the sunlight and a variety of fresh fragrances fill the air. There's something so immensely luxe about being in a Jo Malone store and the feeling of taking away a ribbon tied bag is the ultimate finishing touch.

I was properly initiated into Jo Malone this past Christmas after dabbling in their minis the year before. I am now the nose-happy owner of the Blackberry & Bay cologne, the longest lasting fragrance I think I've ever owned. The scent has the best edge of sweetness, with a herby undertone and a really fresh finish - I still get excited to spritz it on every morning. 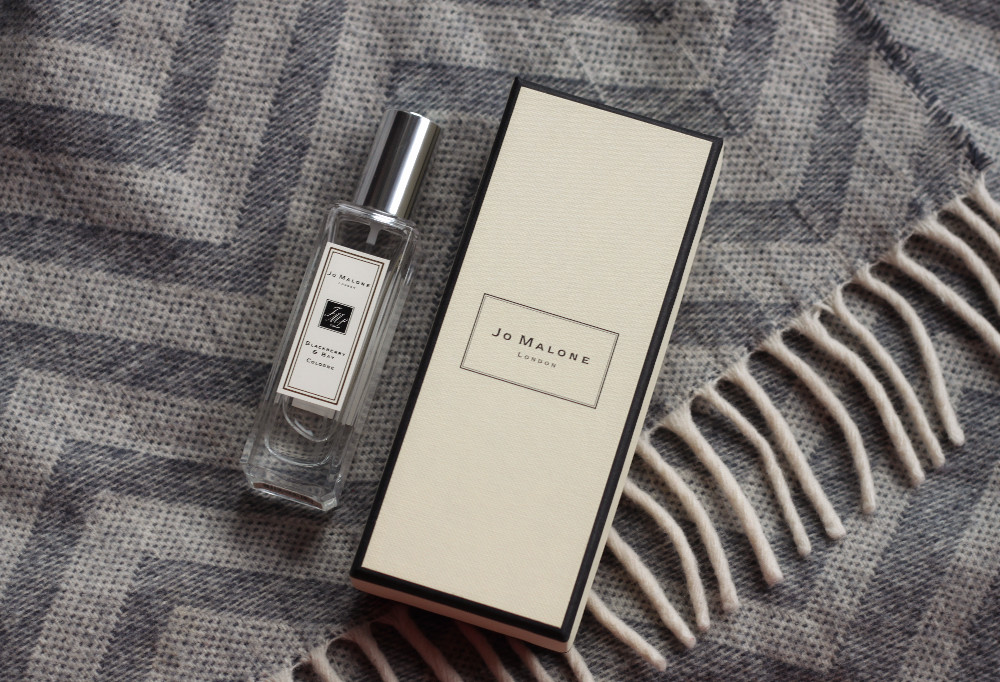 So, all well and good right? If only my wallet would allow. The dream is to have my own set of those glistening fragrances on my dressing table. Until then, I've helped myself out (and you), with a cheap version of Jo Malone in the following dupe discoveries.

First up, Oliver Bonas. Fragrance from Oliver Bonas is not likely to be the first thing you think of, but stashed next to the counter are a select range of roller ball fragrances, this is where you'll find your Jo Malone dupe if you're a fan of the Blackberry & Bay cologne. 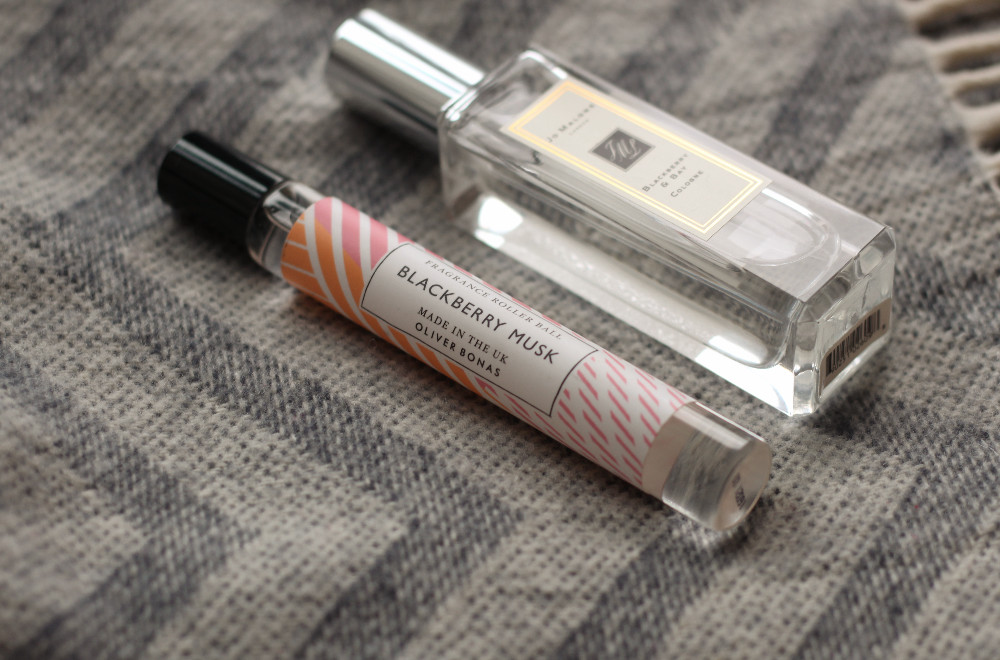 I love the roller balls from Oliver Bonas to always have in your bag, but the blackberry musk fragrance is such a close second to the Jo Malone offering. Slightly sweeter and not quite as mature as the Jo Malone scent, but if you're budget doesn't stretch to Malone's standard, Bonas has you covered. 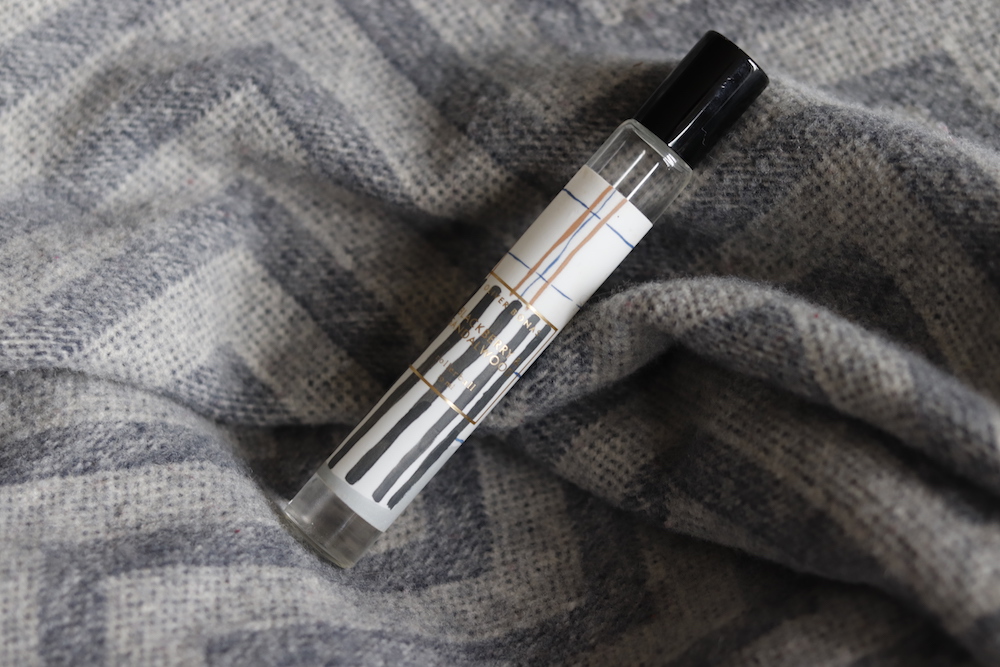 More recently I've found the blackberry & sandalwood rollerball that seems to be stocked a little more often. Much sharper than the luxury version, but still a beautiful scent.

The next option, Primark. Their beauty range seems to be ever-expanding, with fragrances now also in the mix and stocking several of the beauty department shelves. To better identify this dupe, you need to look out for the slightly more luxe among the range, coming from 'PS Collection Privé'. 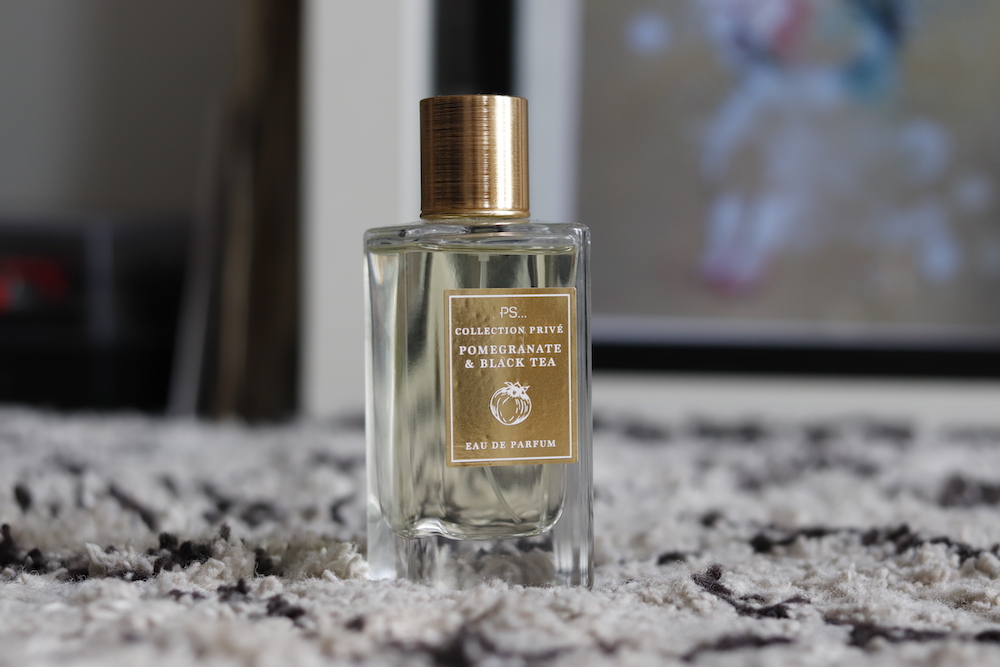 Glazed in gold, the pomegranate and black tea fragrance comes as a 100ml bottle. The scent is a lot muskier than the Oliver Bonas version but is probably my preference, also with much better staying power. The range also has rose oud and pear & white scents for £8 each.

Finally, the jaw dropper if you've never heard about them before, Aldi. That middle aisle of random stuff now includes a whole host of luxury make-up dupes, including their own designs of Jo Malone. Around Christmas is the best time to grab these, with mini sets, a whole host of candle sizes (that have a great strong scent) and (I think) full size perfumes. 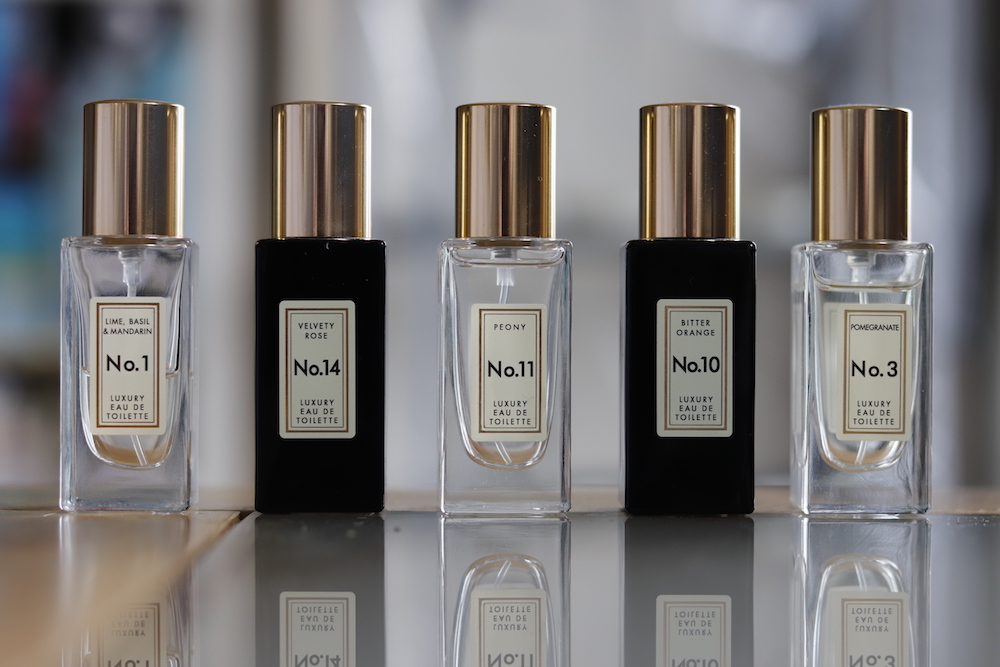 I've gone through a few of the mini sets of five, with the fragrances been slightly different each time. You get five 15ml for £15 and I'd say these are the closest to the real thing, also providing the most scent options.

I'll still always pine for the luxury of the real thing, not only for the look and scent, but the staying power of the fragrance isn't quite matched by any of the copycats. However, until I'm ready to repeatedly commit to the good stuff, the second best(s) aren't half bad.