Dinner of the Dons

Shrouded in mystery we were guided through the gates of the Corn Exchange after hours. Time and place was confirmed, anything else was left up to our imagination and the monkeys, rum barrels and jungle trees that wrapped around our minimal messaging invite from Don Papa Rum. 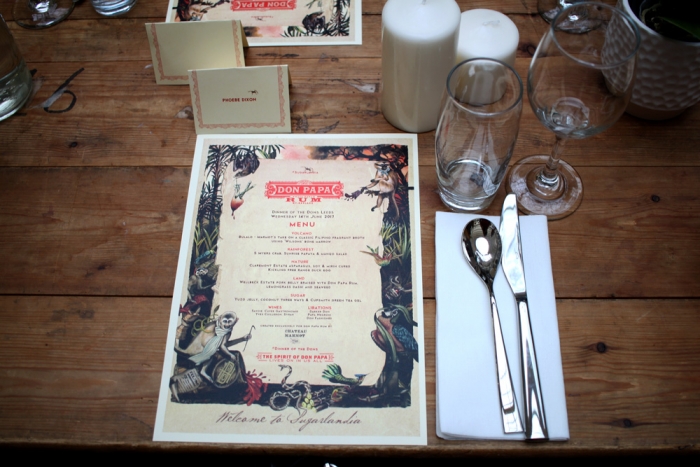 The Corn Exchange is impressive as a stand-alone, the roof that forces every eye up to take it in is not going to be overlooked. Tonight under that vista was an exclusive dinner party, introducing Don Papa rum to Leeds. The exclusive dining table extended along the Corn Exchange's basement lit by candles with place settings waiting for the VIP guests. 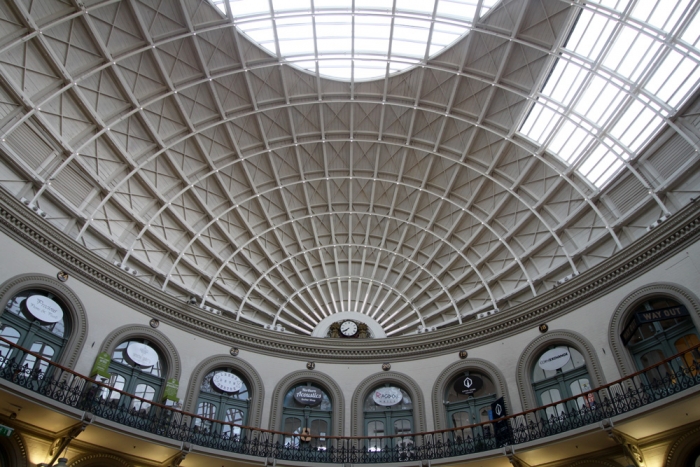 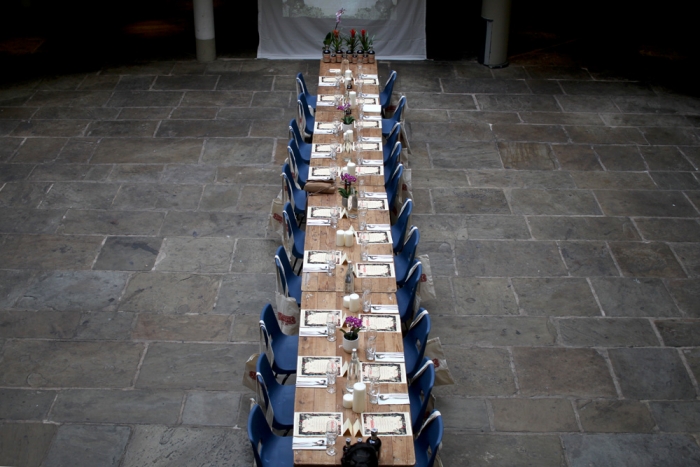 We took our seats, amongst new faces and old and settled in for a five course tasting menu, discussion and drinks. Eyes flickered from conversation to the surroundings, before following the first course to the table.

The first dish to grace the table was Bulalo - a fragrant broth, served with bone marrow. The fussy eater inside me had eyes wide at the first of the side dishes, but I had no trouble in delving straight into the flavours. A deliciously rich broth that worked perfectly with the bone marrow on the side, the broth providing a subtle warmth flickering across my tongue, cooled with ice cold wine. 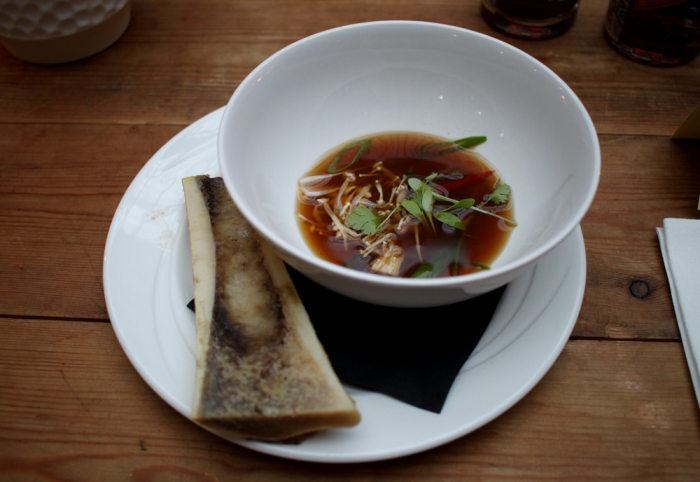 As a follow up to the first course, Volcano, came a crab dish. A light shellfish, dressing heirloom tomatoes and complementing herbs - a last minute sub from the chefs behind this tasty adventure, Chateau Marmot. The tomatoes replaced what was supposed to be the tropical fruit of papaya and mango, a wise choice for my taste buds. 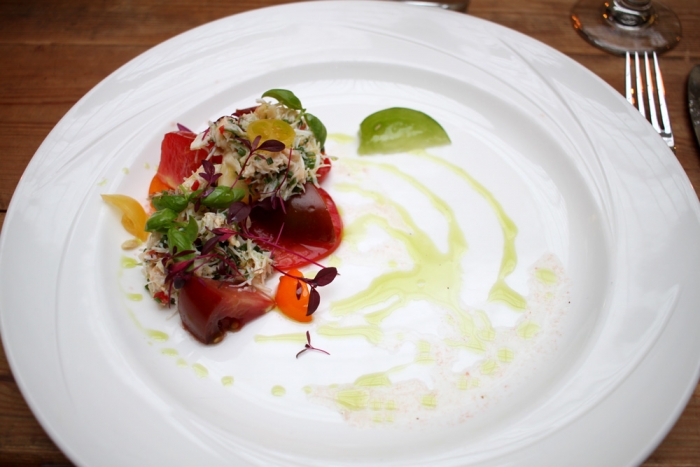 The night continued to unfold, through eggs manifesting in three ways and completely new forms paired with a perfect crunch of seasonal asparagus; braised pork belly, edged in Don Papa Rum itself, layering a fall-apart meat with a crisp edge and the finale, a deconstructed dessert comprising of coconut three ways and a unique green tea gel, finished with yuzo jelly. 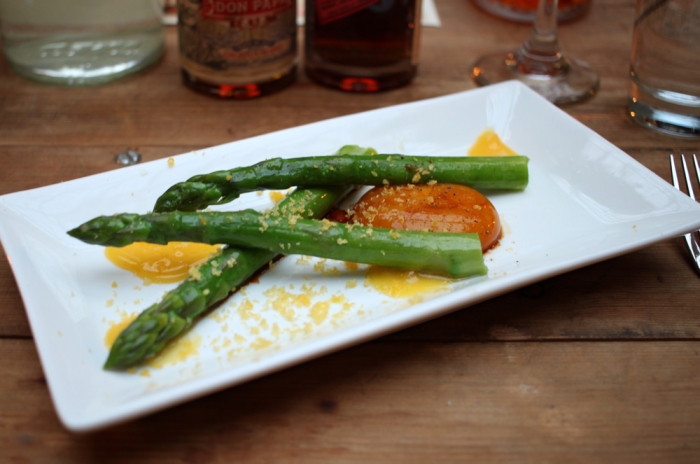 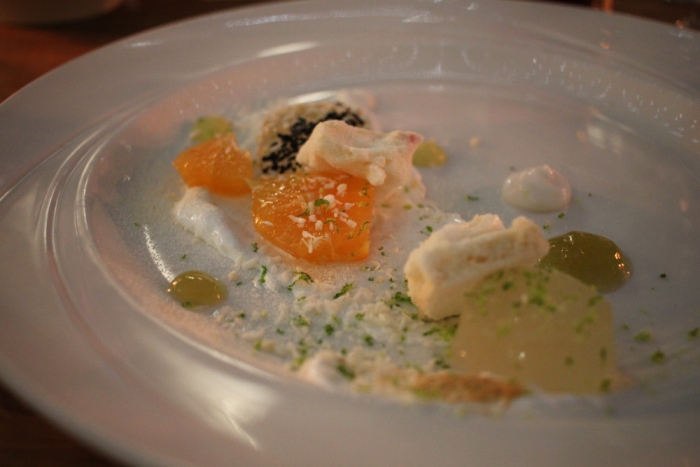 I'm not usually one for unobtainable lists, but when the food was this delicious, it's difficult not to at least attempt to share that flavour with you all. Did I get close?

The night closed with the reason we were all there, Don Papa Rum. For the die hards, the 'Don Fashioned' a rum's take on the classic whisky drink for a near uninterrupted hit of the vanilla encased spirit. And for something slightly more palatable to my sensitive taste buds, the 'Papa Negroni', the rum's take on the vermouth and gin mixer. 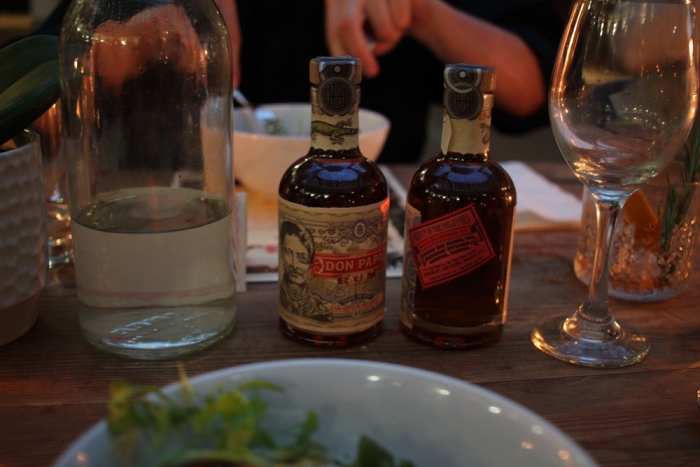 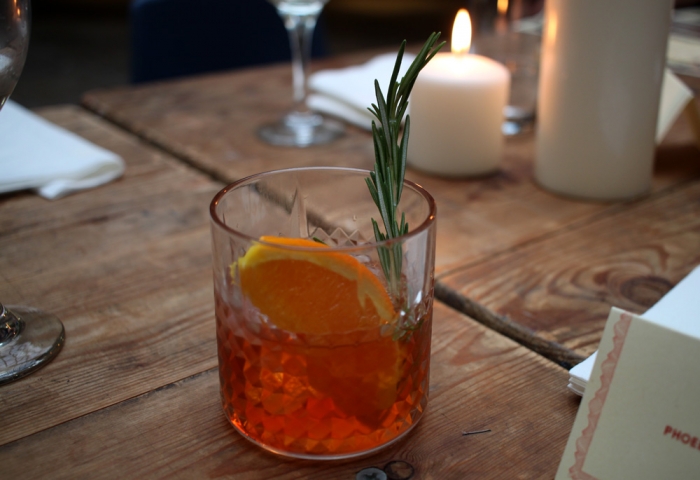 Sugarlandia, the local nickname given to the rum's birthplace, came to Leeds for one night only. The craziest of islands encased in mystery came to my city to set-up, introducing a sweet rum to the residents. With the food courses finished, the guests distilled into the city's night, along with the dishes, dining setting and Sugarlandia, disappearing before too many secrets were shared. 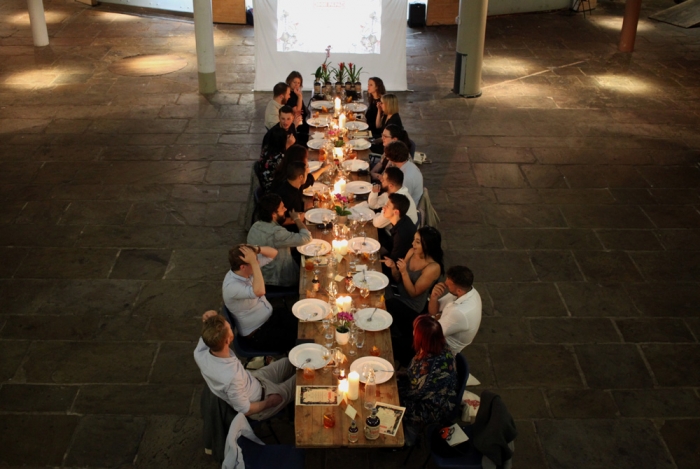 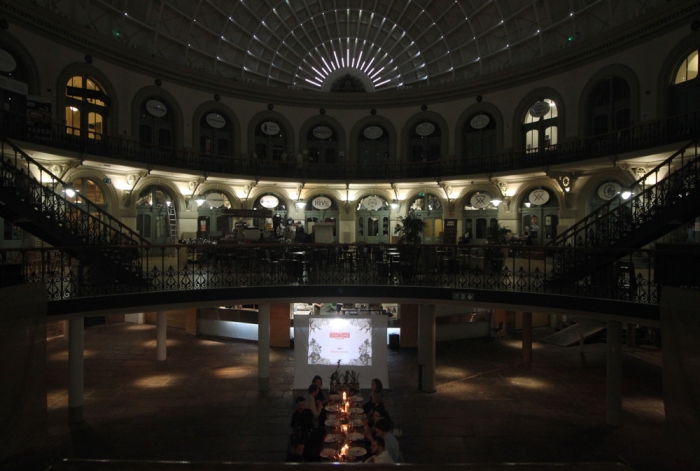