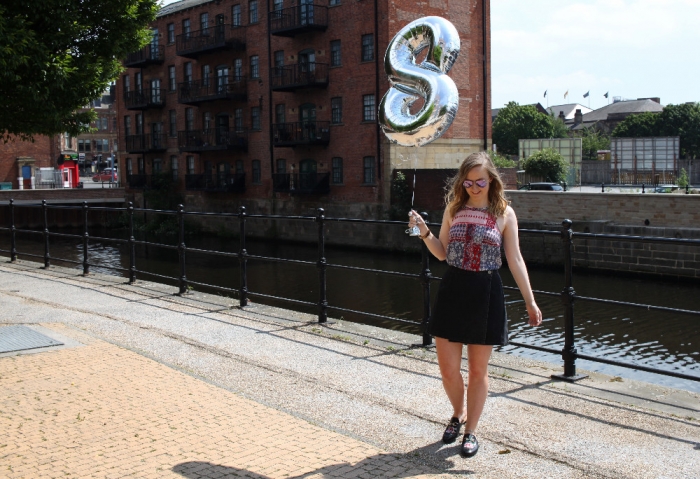 Having spent early summer of 2009 binge watched a ton of beauty YouTubers doing their thing, I decided it was time I tried it for myself... Just in written form. My first ever blog post was an E.L.F beauty haul, stock photos n all. I set up on Blogspot with a pre-made template and a header I created on Paint - ever the technical genius - following my favourites; Elle from All That Glitters21, Laura from then Lollipop26 now Buy Now Blog Later, and others that seem to have dropped off the blogosphere.

I began using the tools I had available - my point & shoot digital camera, natural daylight or failing that just my main bedroom light and if the backdrop wasn't my drawers filled with products, it was wherever I happened to be at the time. I was solely a beauty blogger, with minimal snippets of lifestyle trickling in every so often. Writing a blog post and immediately sharing it and immersing myself in the significantly smaller blogging community.

My blog - as with the blogging world - has gone through a couple of changes over the years, but it has always been my absolute pride and joy. I think now more than ever I am so bloody proud of this little space. Eight years since my first posts went up online, I'm still here which I see as a massive achievement.

As I've grown up, I like to think my posts have too. I've always seen this space as my online diary, so whilst food and Leeds are now my primary themes, you'll see where I've been travelling, creative writing I like to experiment with or my favourite beauty products which I still think deserve their own post.

My blog has been and likely always will be a hobby for me, with some flipping amazing bonuses thrown in. From working with some of my favourite brands (including meeting Maybelline at L'Oreal HQ  and the endless fun of being an Aussie Angel - From treasure hunts, to A+ nights out and being endlessly pampered), to getting the first look at new restaurants or complete one-off experiences.

Having a blog to escape to - whether that's writing a new post, the never ending blogmin, or catching up with my favourites - has been such an ace thing to have over the years. It's been a door-opener for internships and jobs, it's allowed me to meet some brill like-minded people and most of all - as cheesy as it might sound - it's given me something that is entirely mine.

I kept my blog secret for quite a while when I first started because I loved that nobody else had a say in it and I didn't need to explain anything. It was only my parents who knew about it, before I slowly let more of my friends in on what I was doing. The pride of what I've got far outweighs that now so I'll happily shout about it to whoever will listen, but I've still kept it as my space which is exactly what I always wanted from it. 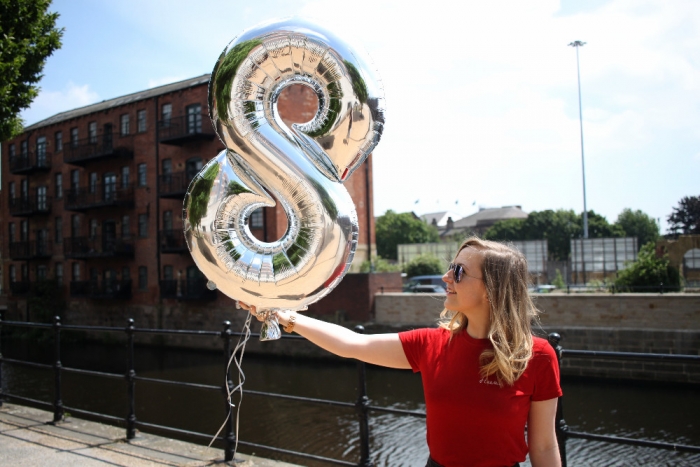 Given I'm now eight years in, I thought it was only right to commemorate the achievement with a little heart to heart in my brief history of blogging. When it came to writing this post, I found it hard to put into words the achievements, pride and joy that North of London brings me. I'll forever go through love and hate patches with blogging and some of the community dynamics as a whole, but it's something I've always come back to.

Just as it's changed over the years already, I've no doubt that it'll continue to do so for the years to come. Blogging is one of the easiest places to compare yourself to others for the worst, but I've been trying to shed this habit more than ever recently. I'm just doing me which has had the best effect on my outlook to blogging.

I've experimented with some more creative writing (namely my personal interview and the Dinner of the Dons) which I want to do more and more of, shared some of my own life wisdom (from fussy eating to being cool) and continued with exploring the foodie scene. None of this is about to slow down.

There's going to be new dramas that pop-up in the community, new backlashes against new and old faces and words taken out of context - but at the end of it all, it's actually an awesome place to be. Not least because the main community I'm part of, being Leeds local, is through and through one the most positive ones I've found.

All in all, I'd say the eight years in are just the starter and I can't wait to see what's coming next. 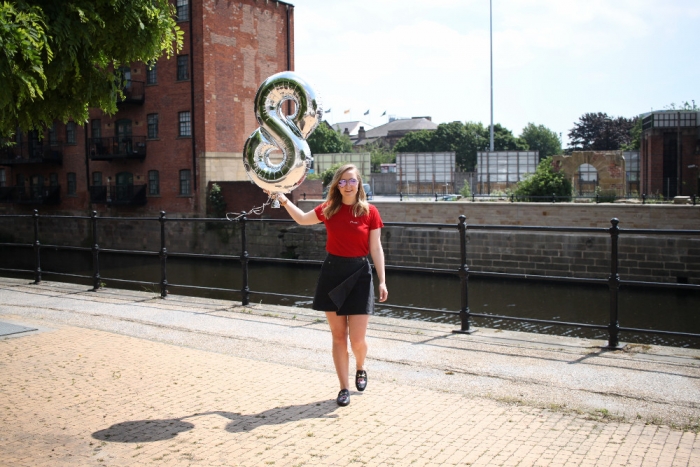 PS, major shout out to my other half for these photos and putting up with the shooting troubles of a helium balloon paired with the lightest of breezes.. 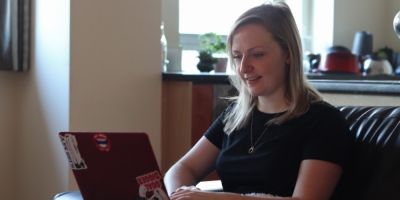 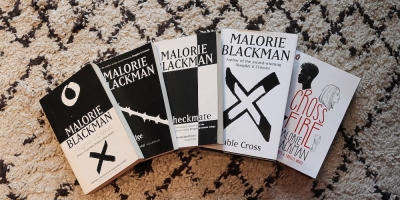