The sun was beginning to set behind the grand manor house, acting as the trophy at the end of the long driveway that stretched out in front of us.

We were welcomed into a corner of the 1,000 acre grounds with Harewood House acting as a postcard back-drop to the intro of the pop-up supper club, Hidden Harewood. 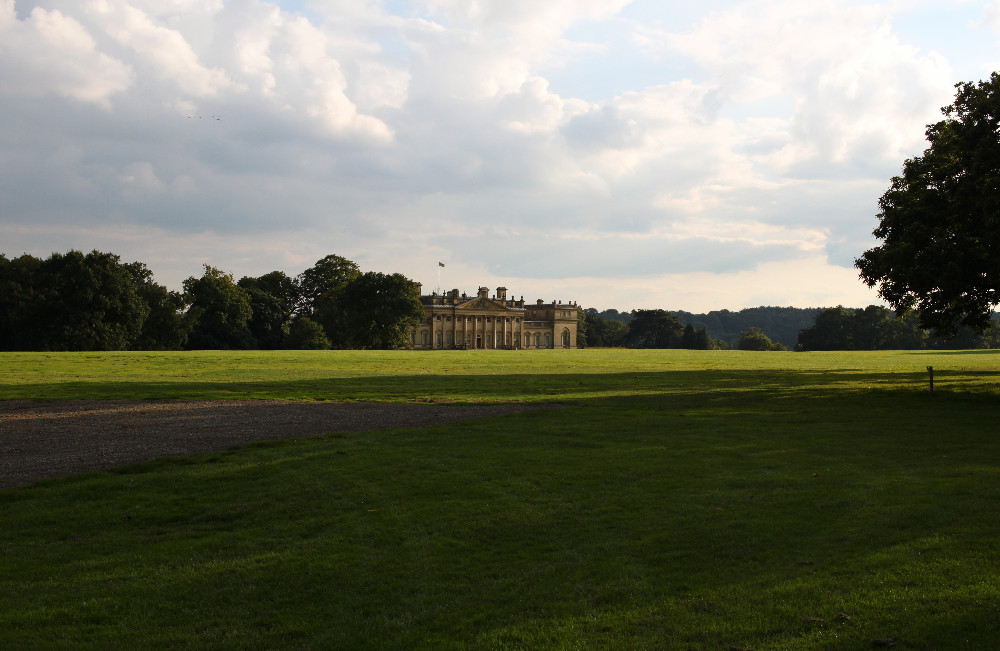 The night would unfold from here, with a tasting menu developed by Josh Whitehead (who you might know from the Ox Club) and brought to life with the help of the Harewood Food and Drink Project.

Each guest was briefed with a sealed envelope. The contents would unravel the mystery for the rest of the night and map out what you had to come - I chose to keep mine sealed to allow the experience to do the talking. 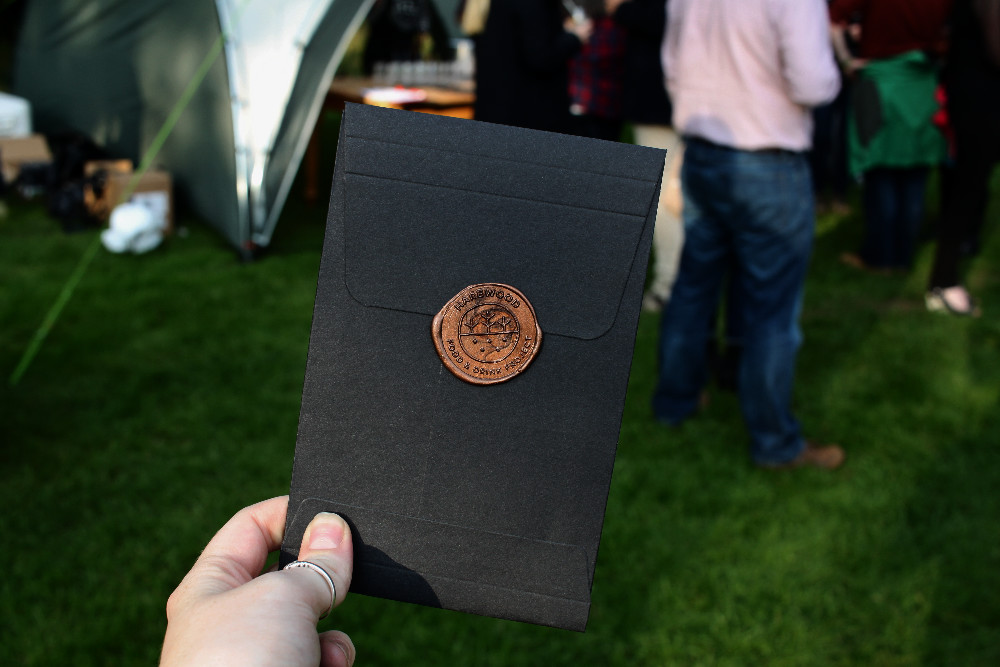 We began with drinks. Cocktails based around the Harewood Food & Drink Greystone gin or the Spring Rhubarb Bitter, both acting as an enticing sweetener to lure us into the rest of the evening. 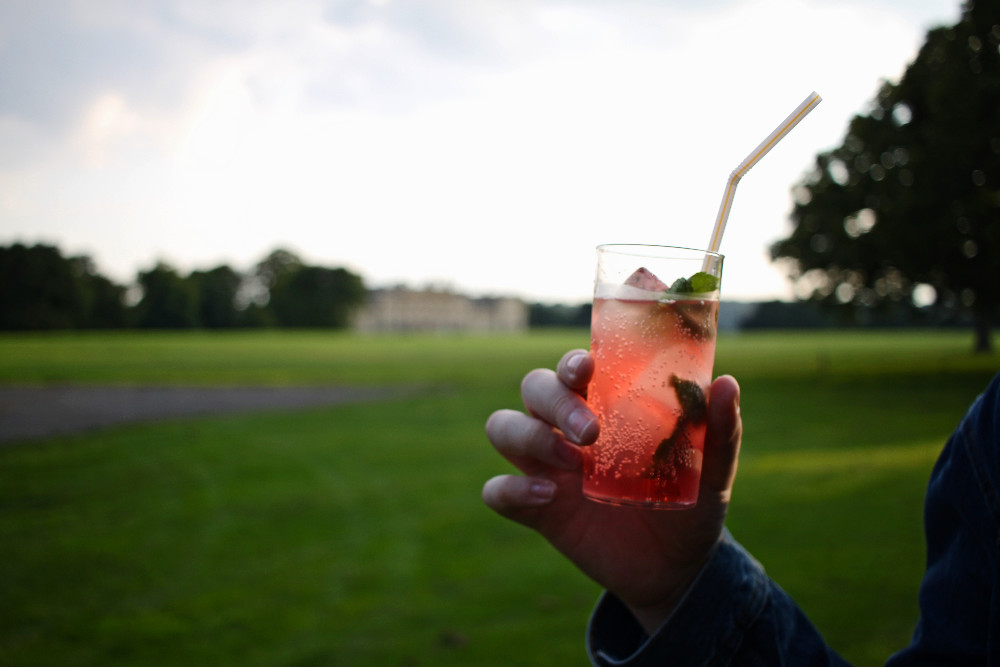 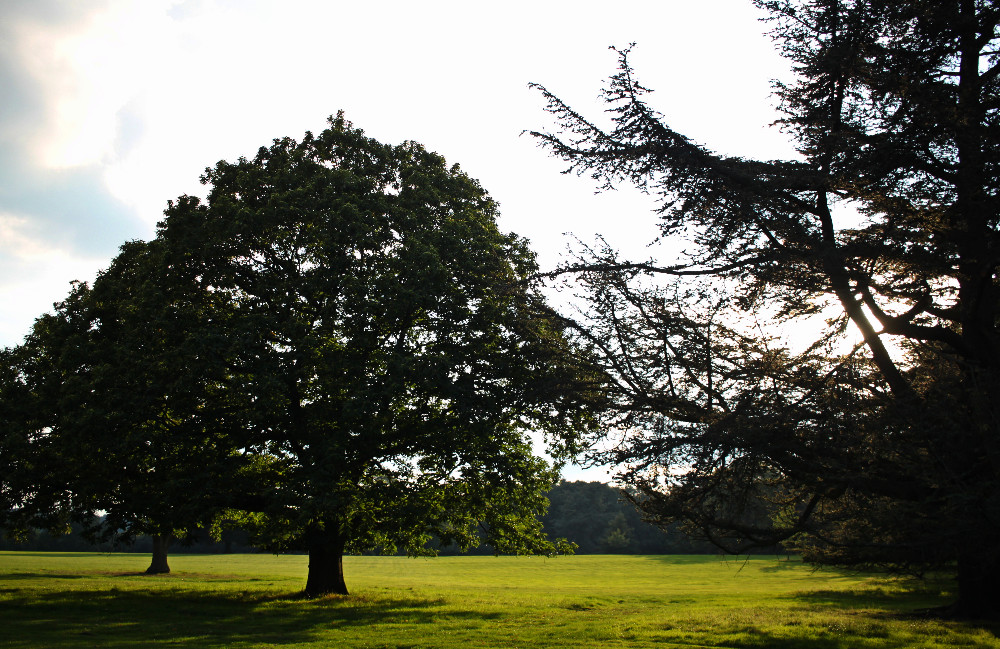 Canapes were served at this first location, with the immediately local produce shining in each serve. The majority of the food was sourced onsite, from the vegetables taken from the Walled Garden, to the deer that had been raised onsite and roamed the estate whilst we explored.

The favourite was the duck pate, topped with a mild chunk of coconut for added freshness. The green is a parsley sponge which was so incredibly light. 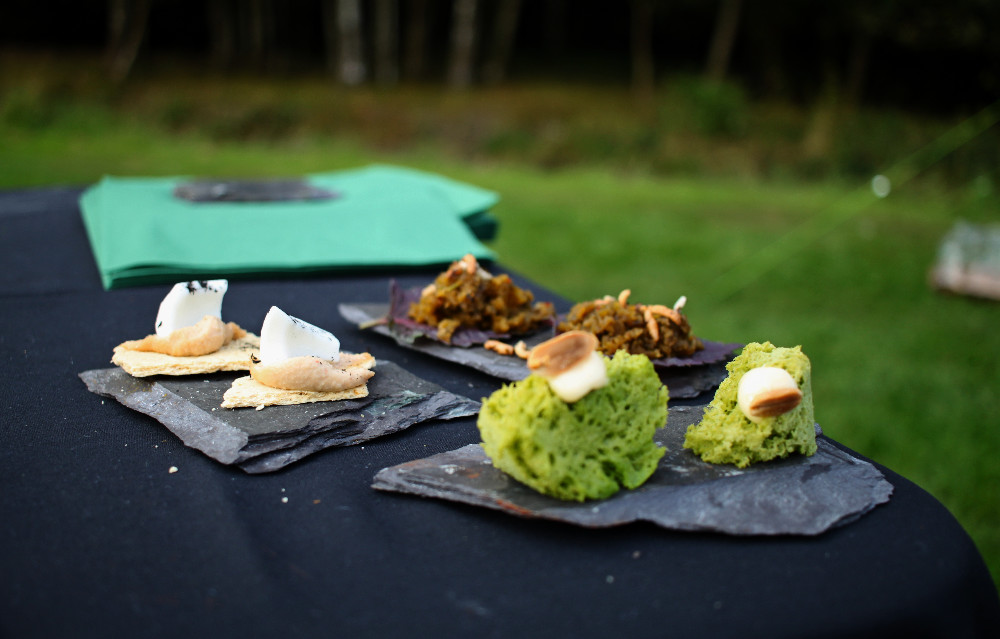 Then the adventure began, the group were chauffeured to the first location on the estate's wagon, heading to the Garden Lodge for our second course. 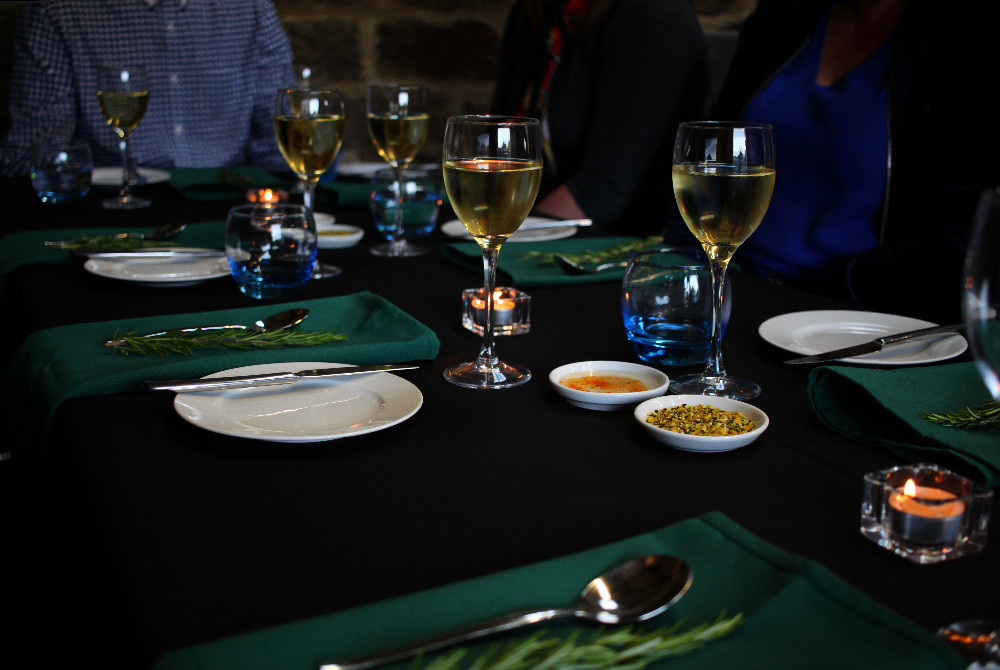 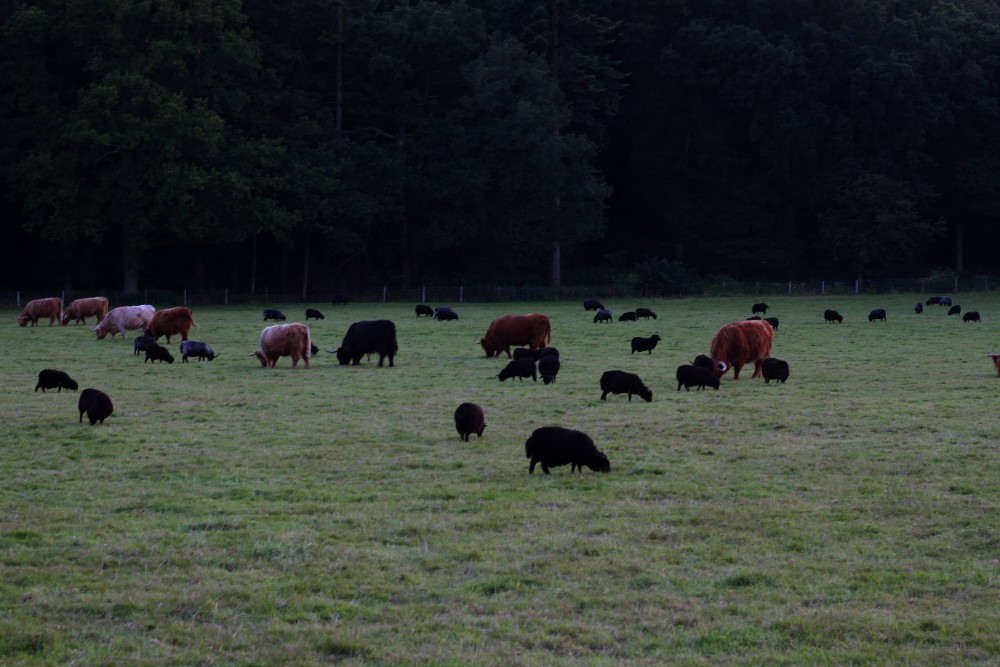 The sun was dipping behind the trees and the locals welcomed us into the next location. This being my second favourite of the evening, warm sourdough fresh from the oven, served with burnt butter with grated venison heart, followed by a venison dumpling. The bread and butter was rich and moreish, followed by a rich meat dish in a warming woodland broth. 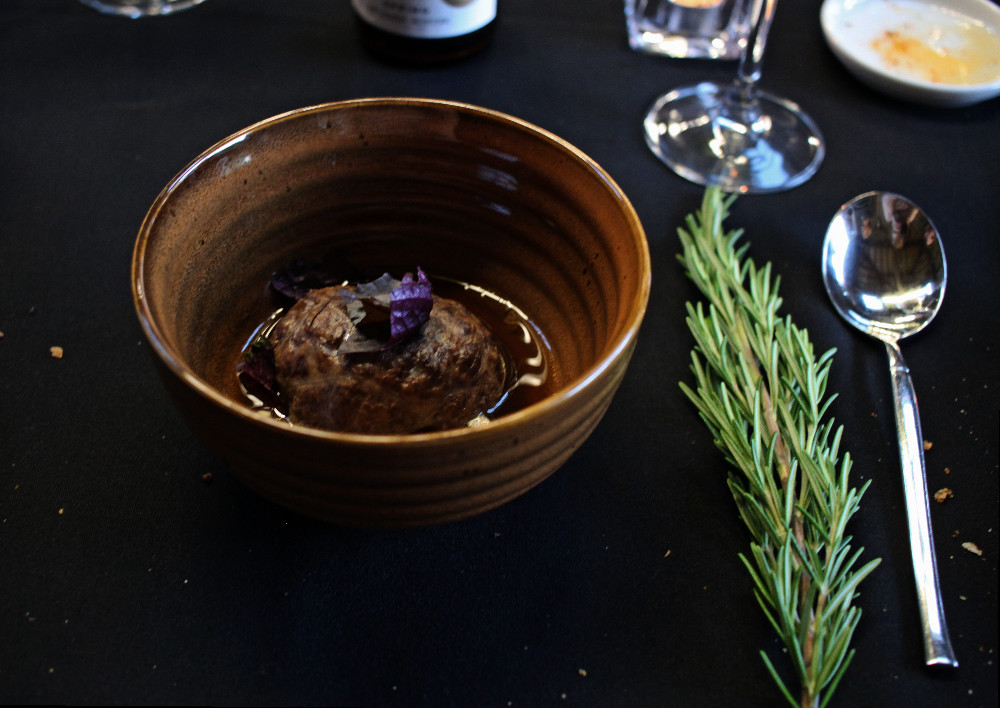 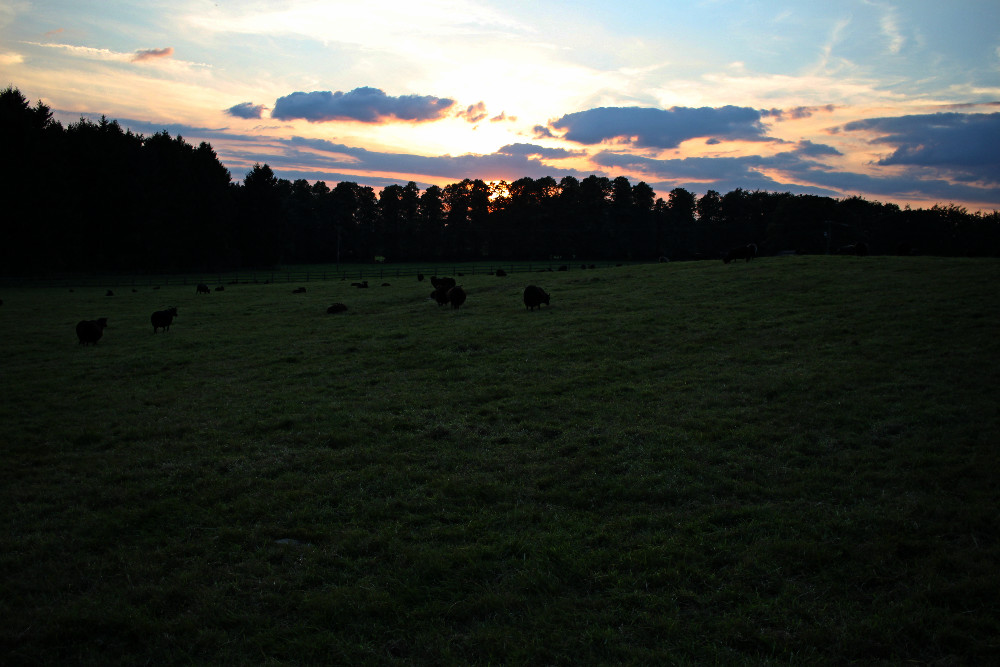 We made the last of the evening sun with wine in hand, before the rest of the adventure unfolded.

Next location, The Hovels. Guided from the truck, we followed a string of twinkling lights into the beautiful setting for course number three. Wild flowers garnished the walls, with rooms warmingly lit by candle light. 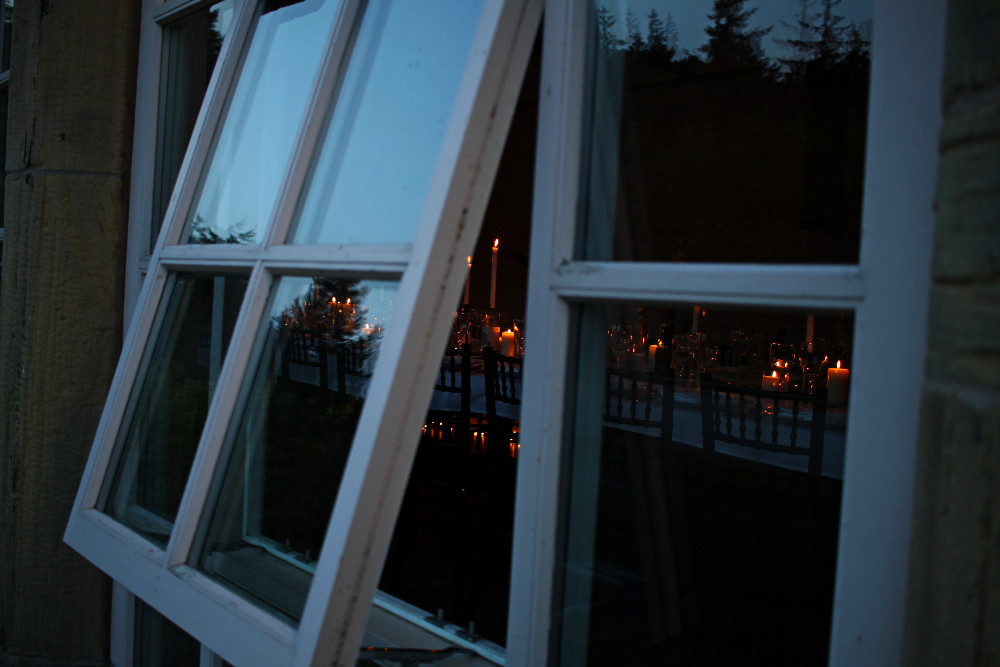 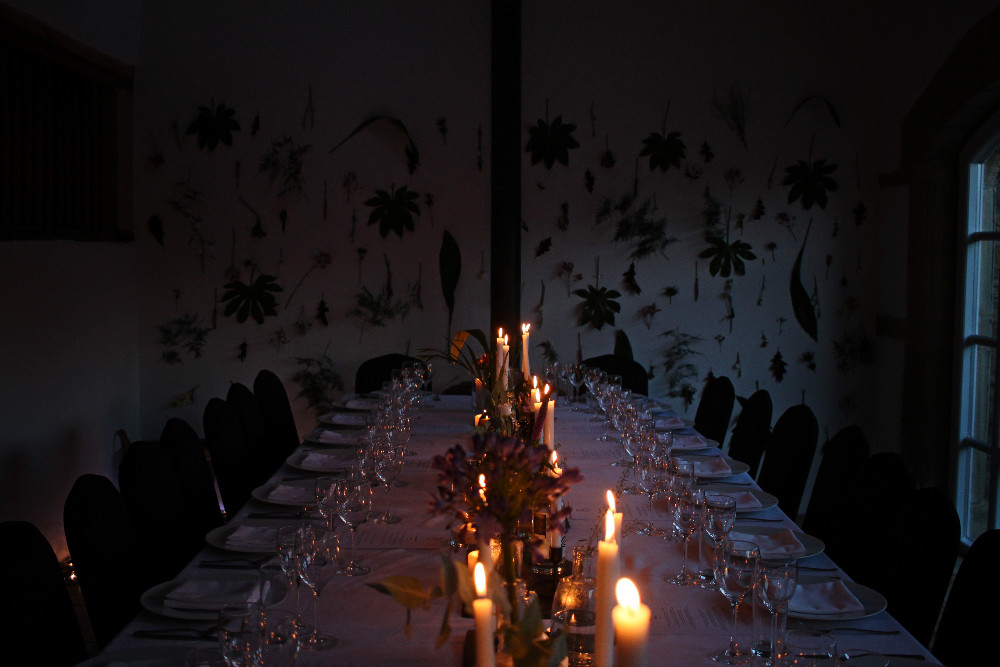 We each took our seats and got to know everyone around us, the room being livened by guests getting to know foodie favourites of one and other around the table. 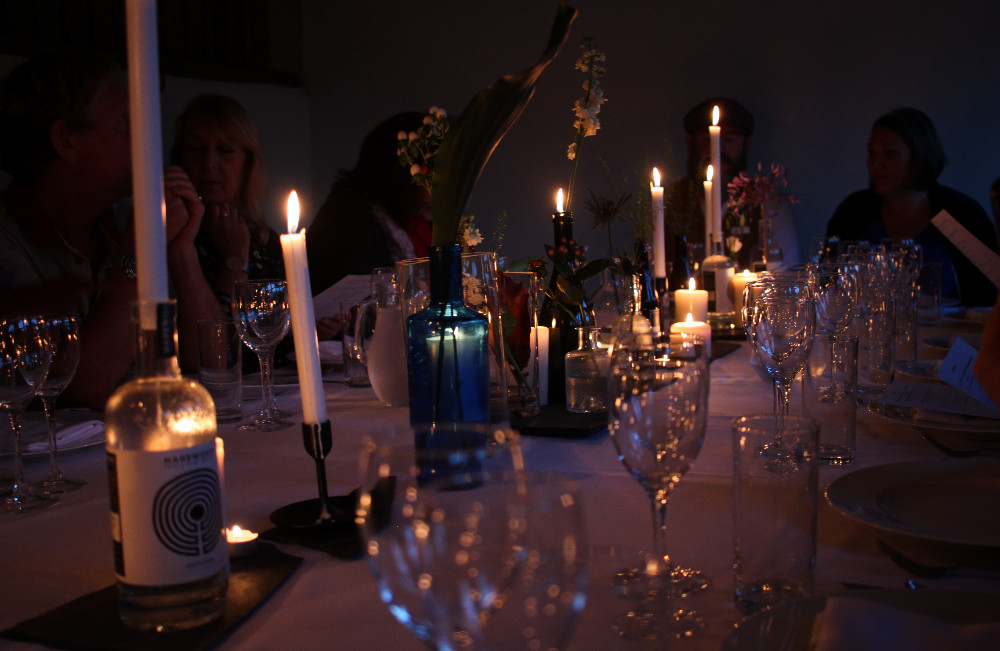 The favourite course for my evening, Harewood venison cooked to absolute perfection. There was not one plate not empty, with most of the guests deliberating whether they should lick the plate.

This was followed by a truly unique dessert, mulberry ice cream created from the century-old tree bark found on the estate. The ice-cream served with mulberries and crunchy oats for added textures. Such a dreamy composition of each of the flavours together. 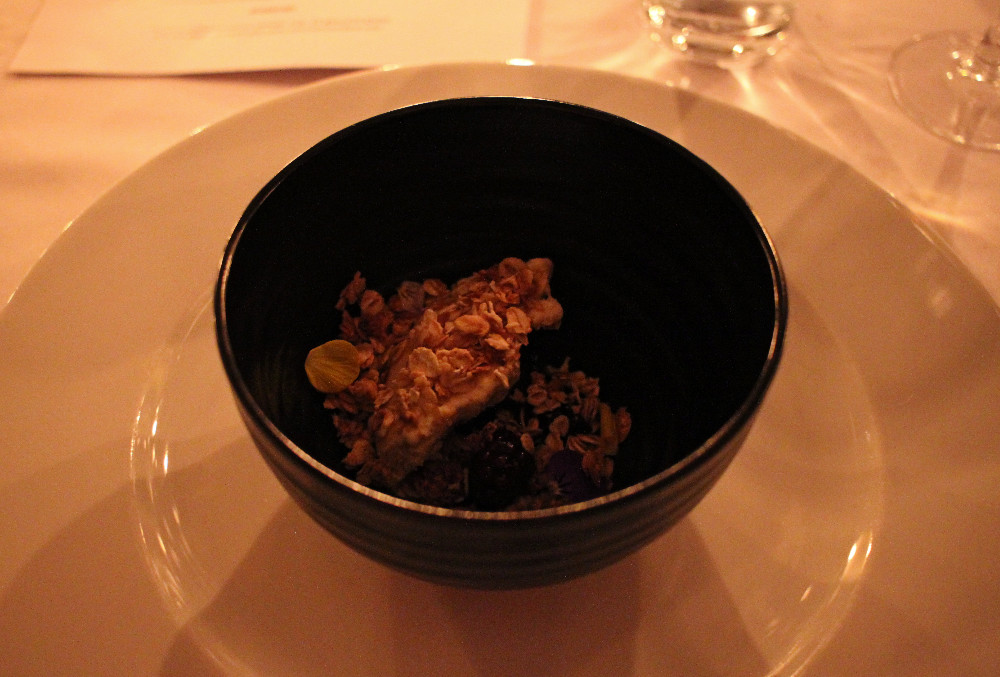 The sun had set, leaving the twinkling lights shining brightly by the end of the meal and leading us onto the final location for the night. The truck pulled up alongside the Harewood forest, with local deer gathering in the fields for their evening graze.

Stepping down from the truck, the group followed a purple glow into the woods, the footpath fenced with glowing bulbs, guiding us to the domed bar surround with fire pits and blankets to get cosy under. 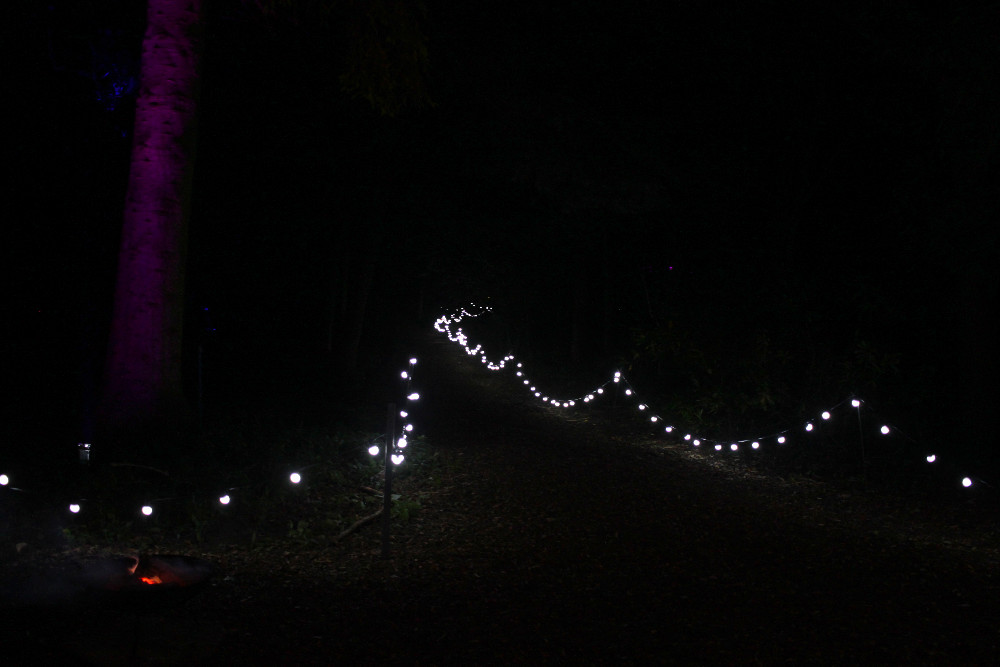 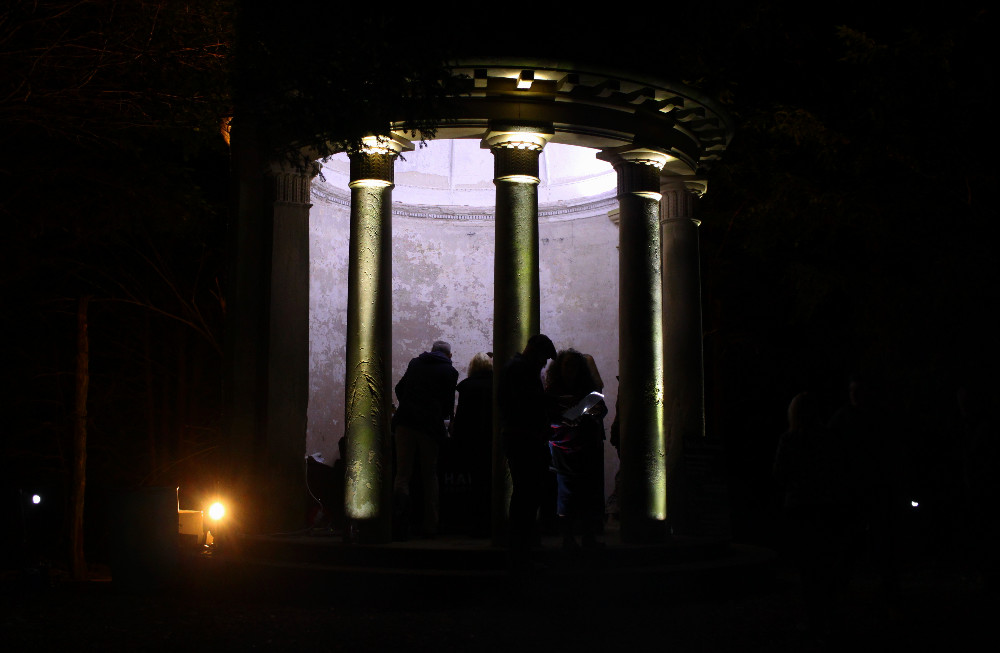 I finished the night with an espresso martini and a taste of the Spring Rhubarb Bitter (absolutely delish, somewhat creamy and with a strong hint of rhubarb), gathering around the fires with new friends from the night. Dessert canapes circled the group, my favourite being the chocolate and tamarind brownie that served as a rich palette cleanser to end the night.As guests gradually began to dissipate from the woods, we followed the guiding lights back to the glowing estate building, before leaving into the night at the end of Harewood's driveway.

Truly the best dining experience I've had the pleasure of being a part of. I think this was a first for Harewood Food & Drink, but the chatter of the night had inklings of planning for their next pop-up supper club. Should you ever get the chance, jump at the opportunity to get involved. A stunning setting for an evening of top class dining and making new foodie friends.