The biggest misconceptions of Japan

Japan has been one of my ultimate bucket list destinations for the longest time. Before I went, a bunch of people asked 'why Japan?', there was no definitive reason other than it looked unreal and was different to the standard America trip or a week in a miscellaneous sunny destination which has never been my thing.

Of those I spoke to that had already visited, there was a few common themes that seemed to run through their memories of their trip. Alongside a ton of research and my trusty Lonely Planet guide, it's always the in-person advice that I seem to remember.

With all things considered, here are some of the biggest misconceptions I came away with after visiting Japan...

"There's so much to do, but it's so expensive out there"

As with anything, I think you live to your means on this one (or have a customary holiday money blow-out). I was consistently told how expensive Japan was in terms of eating, drinking and internal travel. Having settled our outgoings from the whole trip, I have to completely disagree with it needing to be expensive.

We didn't actively seek out cheap eats and we didn't put a tight budget on our trip and I was pleasantly surprised at the final total.

To go super budget, you could rely on Family Mart and 7Eleven stores that are literally everywhere in Japan, with genuinely good, fresh food, for the equivalent of a couple of pounds. We ate out all bar a couple of nights, I'd say an average meal for two with a couple of house lagers would be £20-£30 total. 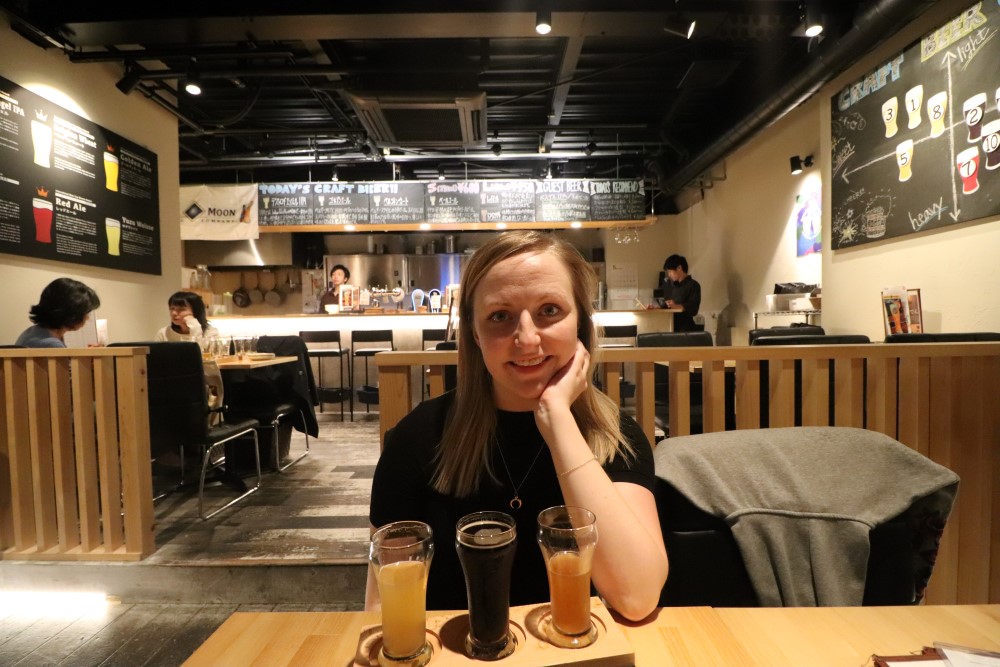 Our most expensive frequent purchase of the trip was craft beer. It's seemingly a fairly new concept to Japan, so it's not as cheap as your £3 lager that's the usual at restaurants or in convenience stores. Aside from the trains (which are on par with "long haul" British trains, beer was the only thing that jumped out as expensive.

The best cheap find for me? Iced coffee from vending machines. 80p a can. You're never more than a street away from a vending machine to get a quick caffeine fix.

"Everywhere is so busy"

We visited at the end of April, into May. It was past the Sakura Season peak, although I did unknowlingly book during Golden Week, culminating in us travelling on one of the busiest days.

In general, I didn't find any of the cities we visited as overwhelmingly busy. New York is by far more busier overall if you need a comparison. Transport in particular was an absolute breeze in terms of crowds, even in rush hour. For the most part, streets are full without being crowded, restaurants will nearly always have a queue but it is constantly moving and even the busier tourist spots are tolerable.

A few of the tourist spots were the worst of the busy, but visiting at different times of day will give you a completely different crowd. In Tokyo, Takeshita Sheet in Harajuku was the most crowded spot we came across, a pure concentration of crowds down an already narrow street through the day. Come night fall, I genuinely didn't even recognise it as the same street, with handfuls of people sauntering down unbustled. 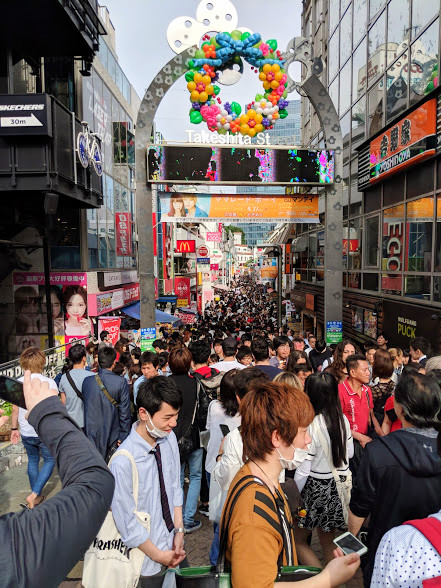 The Fushimi Inari shrine in Kyoto was the only spot I was put off by the crowds, an uphill hike where crowds gradually dispersed, but began with a crawl-pace through beautiful torii gates.

For any spots that are on your dream list, that you need a people-free shot of or that you just do not want to handle crowds at, you need to go at the crack of dawn... And even then it's unlikely you'll be there alone.

"Make sure you learn some Japanese, nobody speaks English"

I very last minute tried to learn some basics in Japanese, common symbols or basic words... it didn't materialise very well.Whilst we were there, we picked up the basics, giving us that polite edge of a Westerner but we by no means "knew Japanese". It wasn't a problem.

We definitely couldn't have held a conversation with anyone outside of basic customer service, but as we only visited tourist areas, the vast majority of signs are in English and you'll grow to know the customs and basics to order and checkout.

We had no issue in getting around or finding restaurants, with most places offering an English menu or pictures to guide you through. Even on occasions where a little extra language knowledge may have helped, the Japanese culture is built entirely on respect, so even if people can't help you, they'll go out of their way to at least try, usually resulting in what you were looking for, or a pretty great compromise.

Side note, we hired a wifi device for our trip which was a gem for getting around and for some curious translation needs on the go. You could easily travel and eat by the signs and broken English menus alone, but we went with the quicker route (and I'd recommend you do, too - plus, Instagram on tap 👌).

"It's a completely different world, like nothing you'll ever see"

Probably the main review of Japan from everyone I physically spoke to. Granted only a few had gone in the past couple of years, but it was an expectation I had built up.

Obviously we were immersed in a brand new country and a brand new culture, but is it completely out of this world? Not for me. Don't take that in a negative way because I was blown away by the place, particularly Tokyo, but for me, it had an air of New York about it and didn't deal me a bout of culture shock.

If you're heading out of the more tourist centric areas then you may have a completely different experience, but from the big cities and Hakone, it was only the metaphorically unreal 😉