An intro to Saltaire Brewery

In great news for me and my taste buds, the craft beer scene in Yorkshire (and the rest of the UK for that matter) seems to be exploding. There are three new craft bars opening in Leeds within days of each other, each added to my to-drink list, of course. But, in the explosion of the ~trend~ it's always great to see the favourites expanding, experimenting and growing their craft (teehee).

Saltaire is peak Yorkshire - you've got the quaint streets, beautiful views, Salt's Mill and... not Saltaire Brewery. The brewery is actually based down the road in Shipley, for a bigger space, more quality control in said space and a lot more opportunity to expand, since their conception in 2005.

We were invited down to see the inner workings of the how the good stuff is made, learn more about the brand and get to try their brand new festive offerings. Despite Shipley being 10mins from Leeds and the brewery running a monthly beer club (get in early, they fill up fast), I've still never visited. 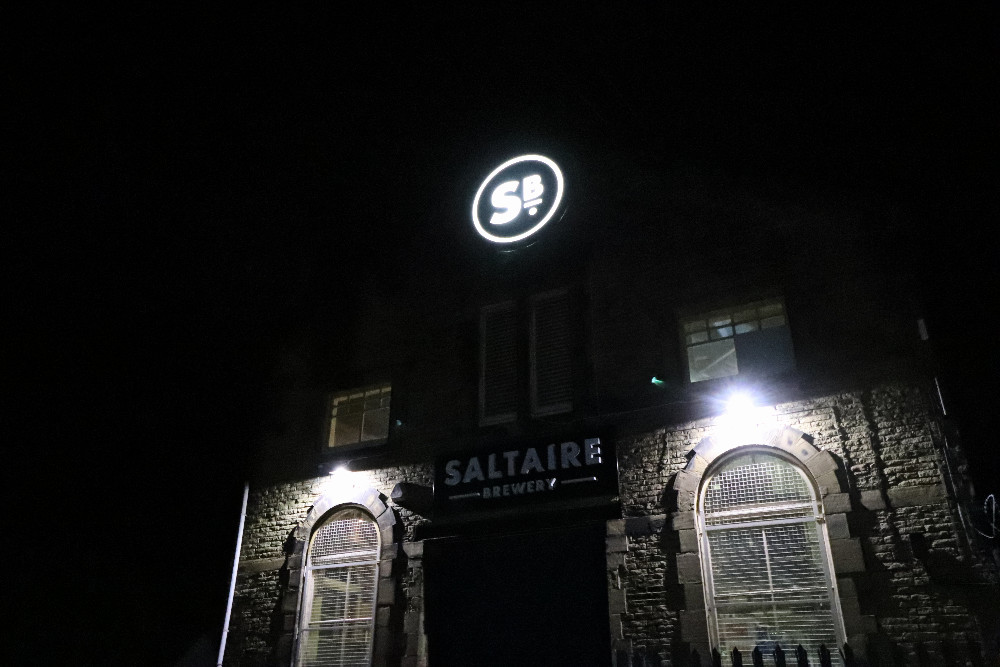 Based in The Old Tram Shed, the site now hosts everything from the brew to the bottle, giving them a full view of everything they make. It's brewed onsite, bottled onsite and served onsite - and around the world. YORKSHIRE. 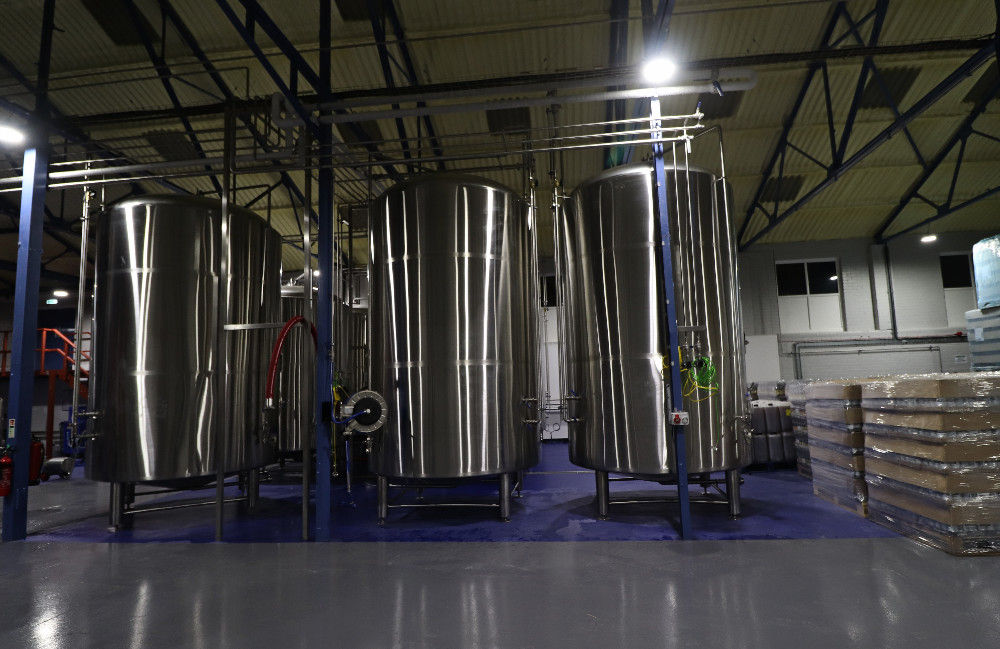 You'll have no doubt spotted the brand on your local taps over the years, but they've just undergone a rebrand - slightly side stepping the Saltaire heritage. The old brand had the iconic mill as the backdrop to the name and while this is a big part of their namesake, it's not the entirety of their beer. You might not know Saltaire, but good beer is good beer and that's what they want to convey. 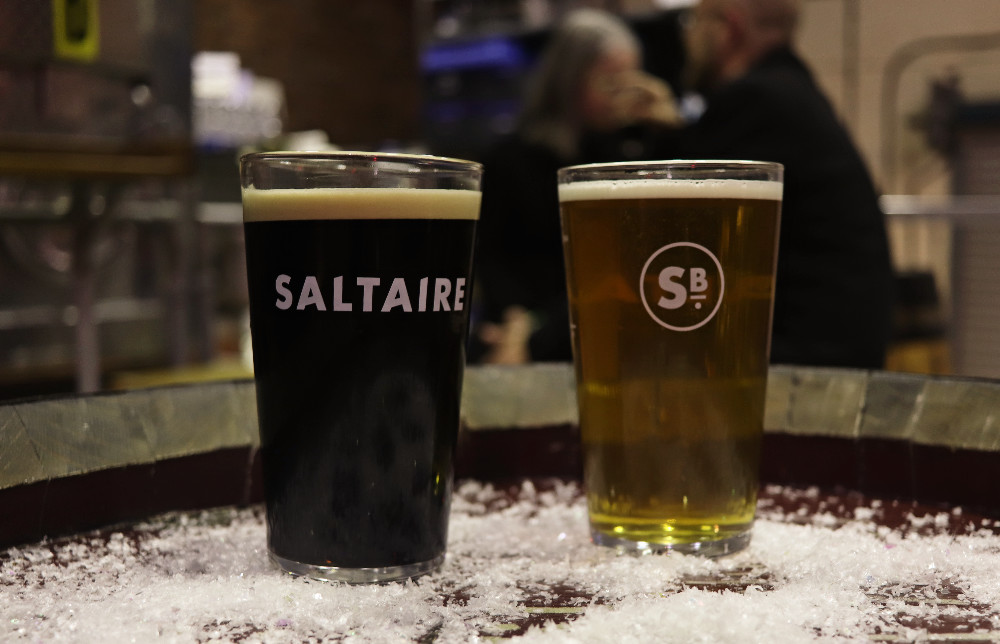 The new brand pays homage to the iconic Saltaire street signs that greet you on the grid like surroundings of the mill. They've modernised their brand without losing the heritage of where they come from. In the next year, expect to see some more experimental flavours under the name, alongside the Saltaire Brewery greats.

Their annual brew of White Christmas was on the taps, flavours of coriander and orange slipping into the wit beer. We also got to try one of their newest developments, the Triple Choc porter - you definitely get the flavour, but it's not extreme enough to limit you to just one. It also works great as part of beer infused muffins, which we got to munch on while we're there. I'll have to report back on the Christmas Pudding version we were treated to on the way out. 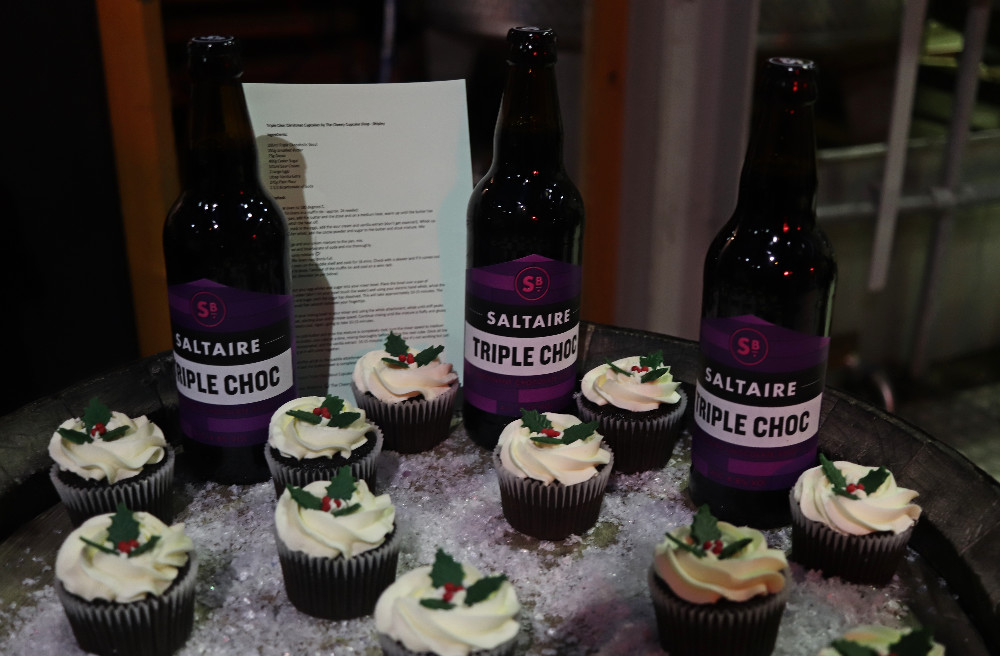 Saltaire Brewery is dotted around your Leeds locals and there's a full range of brews ready for your taste buds to try. When you're next in the area, get down to their tap room in Shipley for the full experience.