Three new craft bars opening within weeks of each other in Leeds, is this a dream? As far as finding craft beer in Leeds, it's never been much of a struggle, at least not for the five years I've lived here. I propped the bar up in Brew Dog when I first moved here, had a stint in Tapped on Boar Lane and spent sunny weekends and wintery nights in Northern Monk.

For me, there's never enough craft beer spots. As the scene continues to explode and indie breweries weasel their way through bars across the country, there is always a new brew to try. Leeds has welcomed three brand new craft beer spots through the end of 2018 and I'm excited to work my way through each of their menus. On the hunt for a new beer bar in Leeds? I've got you covered. Let's see what each of the newbies is about...

Candlebar on Granary Wharf has been transformed into one of the latest craft beer bars in Leeds. After moving through the stone oven pizza, sushi plates and specialist gin, it's now devoted to craft beer from Salt Brewery. 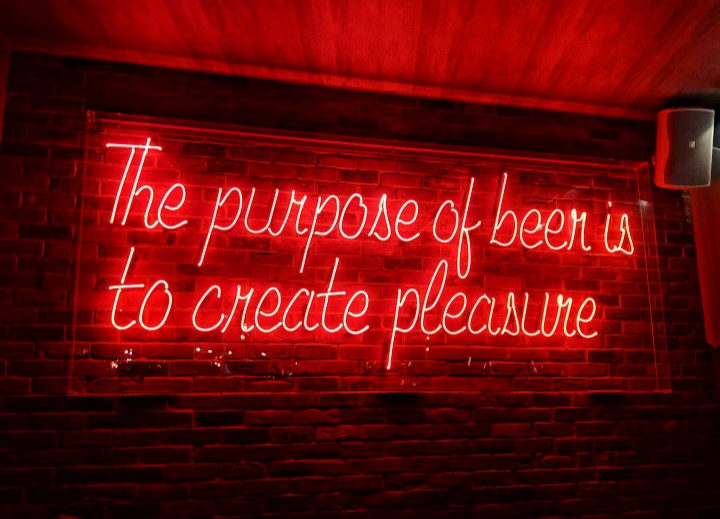 Saltaire locals will recognise the concept, with their first spot set-up behind The Hop in the mill town. Craft Asylum launched in Leeds in November, you can get your fill of some experimental flavours in a cosy spot for evenings or weekends. This is an easy place to set-up by the train station for something different to The Hop nearby, or as part of a Leeds-wide beer crawl. They've gone in heavy on the new launch and you'll find Craft Asylum #2 newly opened on East Parade - same vibes, a very similar set-up but closer to the action of the city centre.

The launch night for #1 saw women on stilts and a very  impressive magician, but day-to-day, expect a much more chilled atmosphere - with a few too many hashtags to guide you to the toilets and not a nibble in sight. For food, head to one of a handful of options under a minute away in the centre of Granary Wharf.

Spending many a hungover Saturday in the car park of the North Brewing Co. base in Sheepscar at Eat North, I was very excited to hear about their newest opening. The North Brew Crew have opened shop in the city centre, just past The Cockpit/round the corner from Lower Briggate. 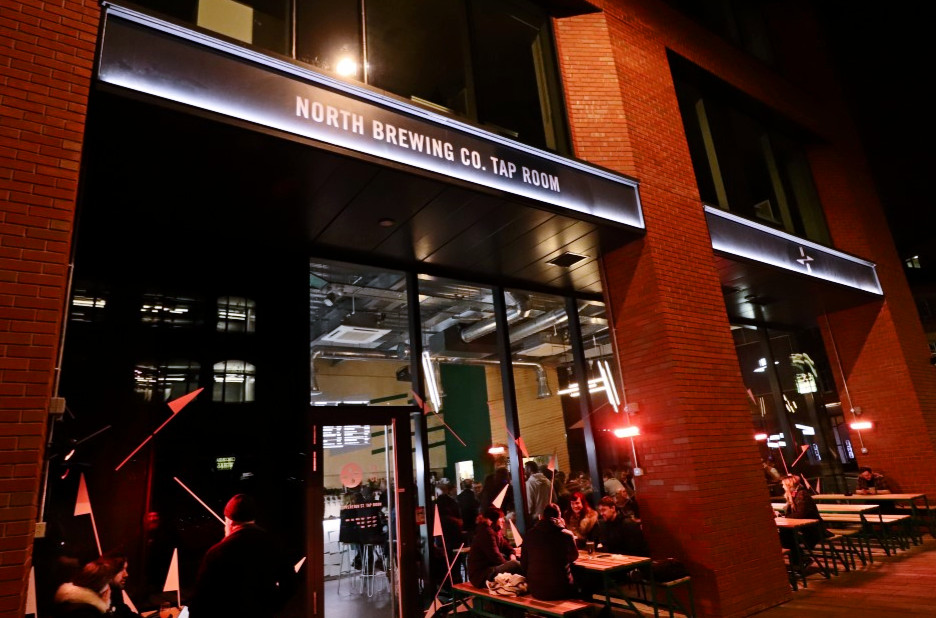 The fresh new space opened in November and has seemingly been packed ever since, whenever I've walked past it. All of the core North Brewing beers are on tap, alongside some more northern favourites - the Wylam Heaton Mess, stroke of genius, for the name and the flavour - and rotating guest taps. 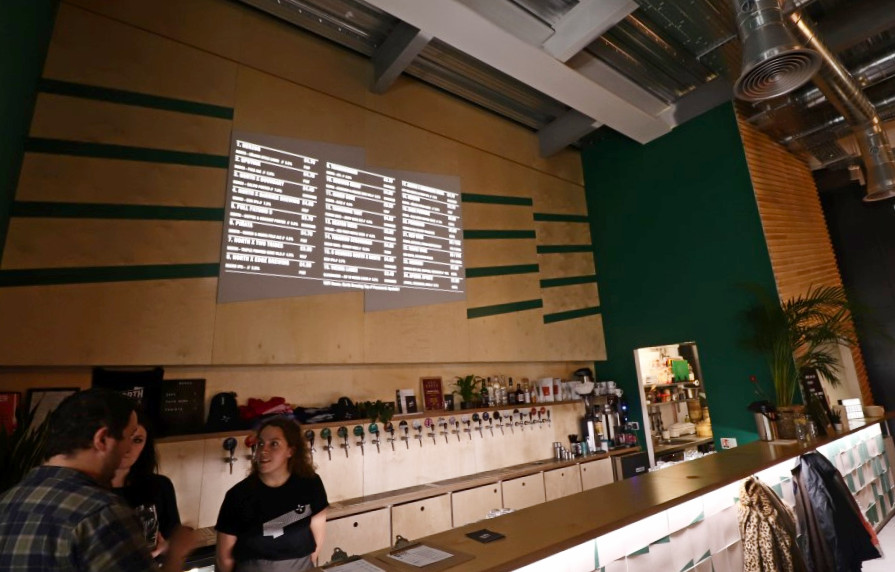 In foodie residence, Little Bao Boy is set-up behind the bar. A daily menu (including breakfast bao), with specials on the bar. The East Meets West, pork shoulder bao is DElicious, I will 100% be working my way through that menu. 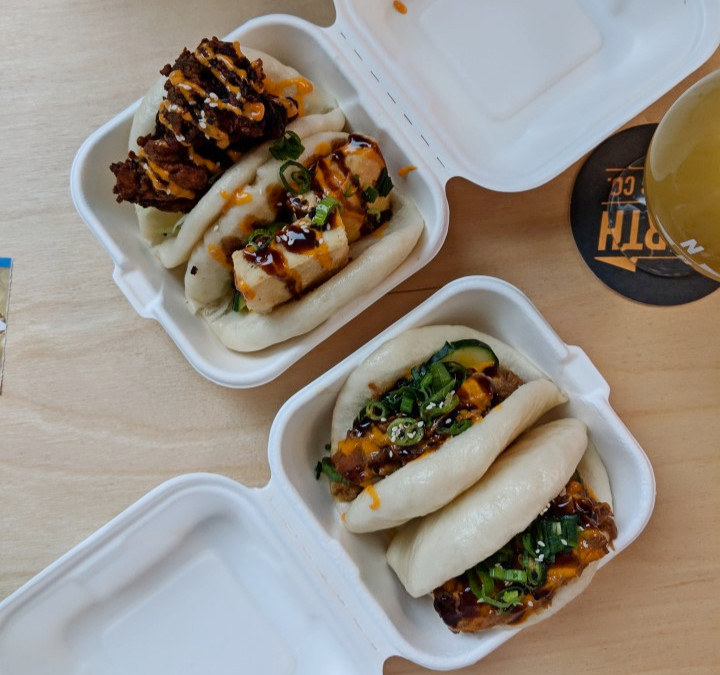 The newest bar to join the circuit, Assembly Underground. Vocation Brewery are the crafts behind this one, seemingly inspired by Belgrave to provide an everything to eat/everything to drink at the opposite side of the city. Head down the stairs next door to Almost Famous and you'll be welcomed into Assembly. 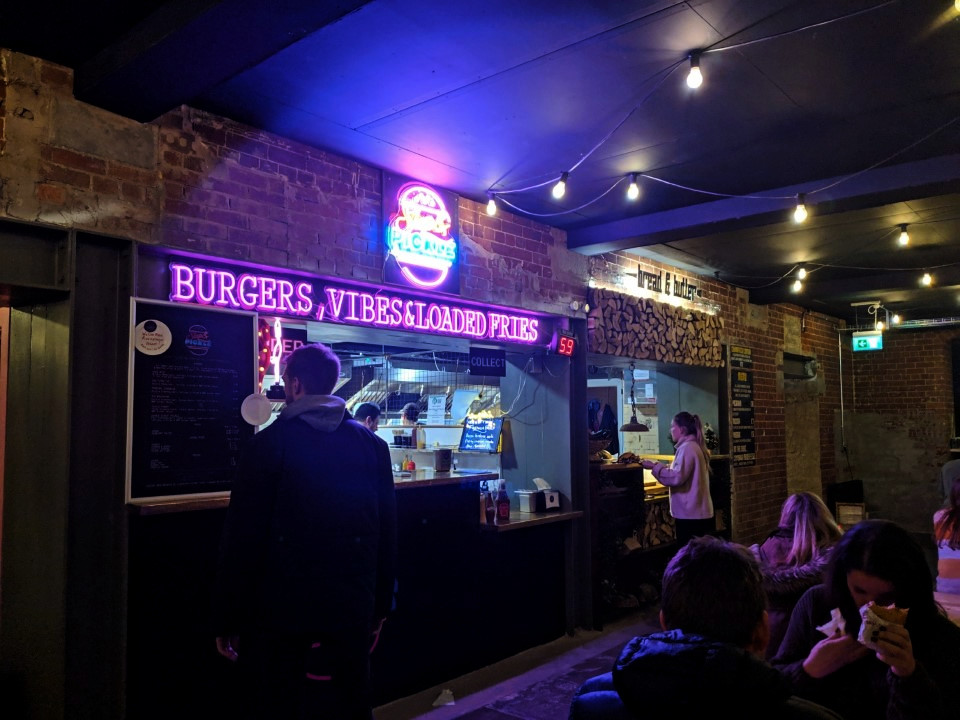 The main room hosts the majority of food on offer, with an additional pizza bar in the back. You have to prioritise Slap and Pickles, some of the best burgers I've ever tried. You can choose from 1-4 patties, each slathered in the Slap & Pickles sauce, topped with pickles (of course). Not only is it delicious but it's also some of the best service I've had in such a busy place, particularly as they always seem to have the longest queue.

To drink, there are seemingly endless options, with a menu painted around most of the tap room. Check the menus on the bar for more detail on what to get and I'd recommend getting halves so you can rack up a few different beers before you leave. 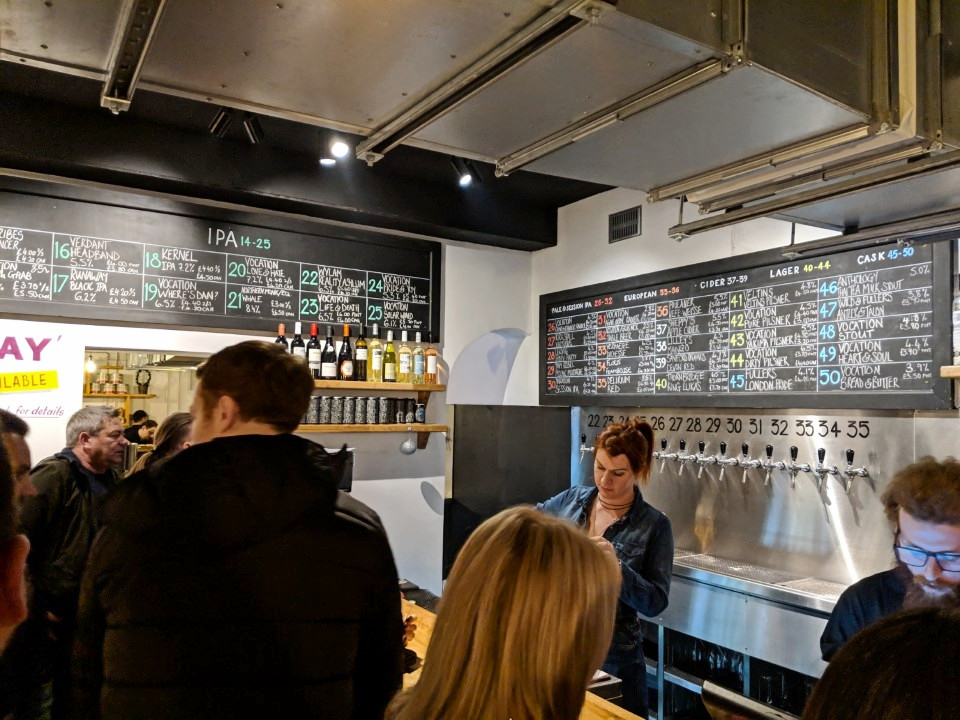 Not a beer fan? Assembly has you covered. Tucked away from the main room, you can stumble into an other-worldly cocktail bar - set-up like an old school drawing room, pick from the menu on offer for your night cap.

While I for one am loving the surge of craft beer dotted around Leeds, I'm hoping there's no backlash on its way to wipe them all out. Either way, if/until it comes, you can find me in any one of the places mentioned in this post, making the most of the crafts on tap.