Written about Things to do
19th December 2018

It's time for an experience. It's exactly as you want to make it and ample opportunity to switch off from reality for a couple of hours. Growing out of the top of the escalators in The Light is Vue Cinema. Nothing out of the ordinary, but the potential within each screen is where the real movie magic takes place. 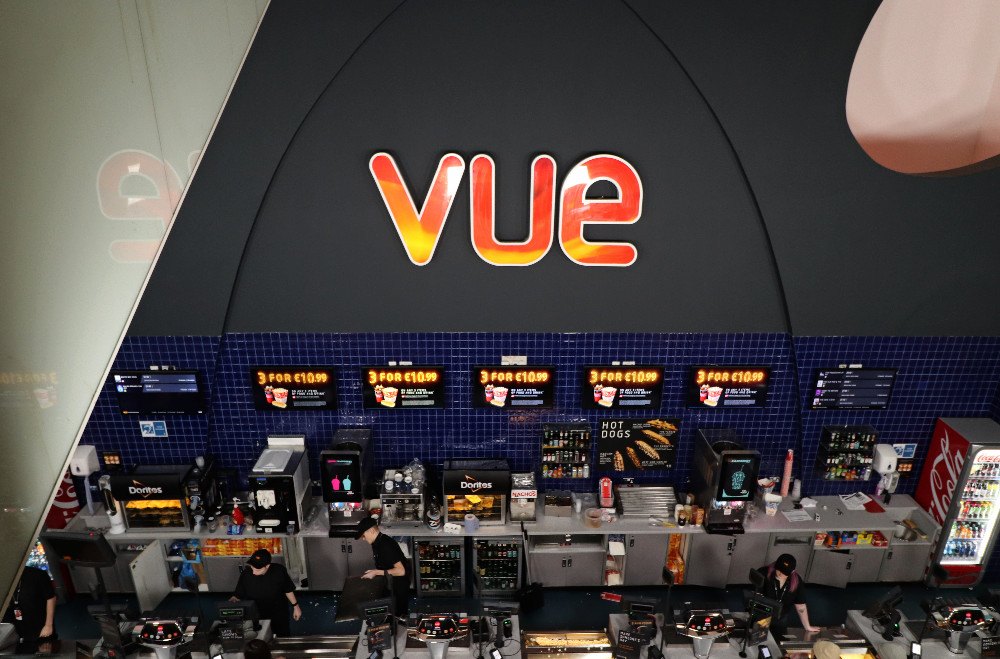 Ascending up the stairs and taking your seat, the lights go down and the action begins. Trailers roll to tease you with what's to come, mentally growing your must-see list and then the pre-roll starts and you know the action is seconds away.

A trip to the cinema is chance for your imagination to be taken on a journey, being guided through fantasy for two hours of undivided attention. Vue kindly gifted me and Matt a chance to get taken on said journey, with our pick of movie night to take us away on a night after work.

The Vue in The Light has three floors of screens, stacked up through different levels of the mall, each ready to envelope your imagination. The show began with the cinema essential of an Ice Blast. A mix of blue and pink, swirled together as an essential ingredient of any movie night. The ultimate movie time would have had popcorn added, or even the hot dogs or nachos on offer, but I'd filled myself up beforehand. My Ice Blast was just about finished by the time the trailers ended, as it should be.

We hand selected our seats when getting the tickets, tucking ourselves just behind the VIP options. The VIP seats come with a luxury recliner, or you can take your pick from the rest of the seats in the screen, each with more than enough leg room to get comfy. 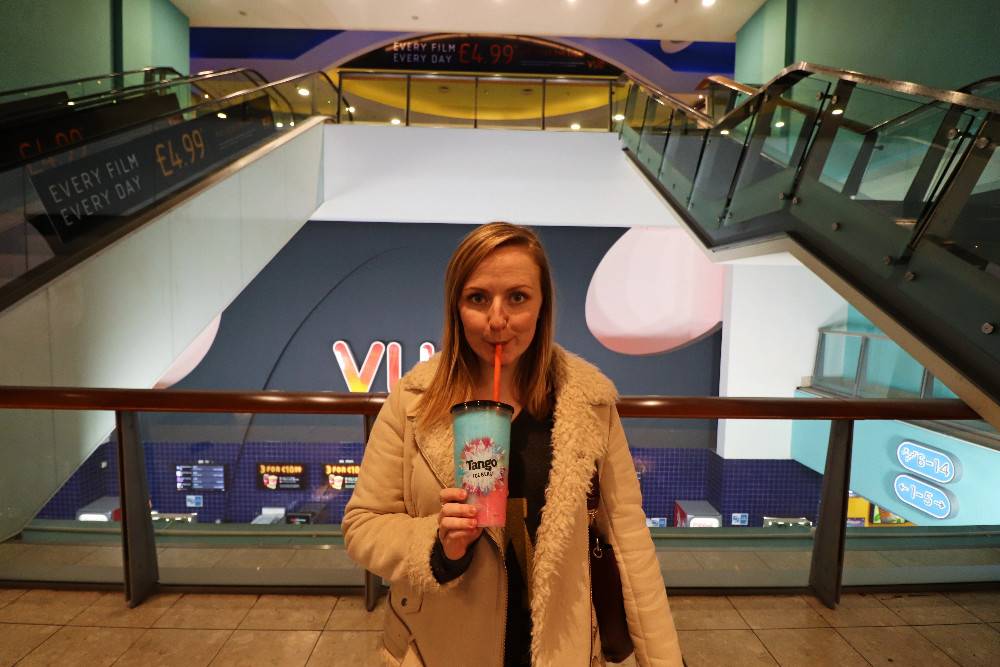 Being the ultimate in big kids, we (I) opted for The Grinch. Vue have also introduced 'big screen events' bringing live musical and theatre performances and one-off showings of the classics to the big screen. If I hadn't already seen Jurassic Park at various events several times this year, I'd have been there for the 25th anniversary screening earlier in the week.

The screen for our showing was tucked away behind the main counter, we were guided in, following the iconic solar system carpet (genuinely iconic, I have dreams of replicating a strip of this in my future home) into the cinema before taking our seats for the show.

The original cartoon has been rehashed into a Benedict Cumberbatch modern take. The same dastardly Grinch tricks, with that wholesome ending of an expanding heart. The Jim Carrey version will always be a favourite as he plays the character so damn well, but getting back to basics with the cartoon version was a great night of escapism in Whoville. 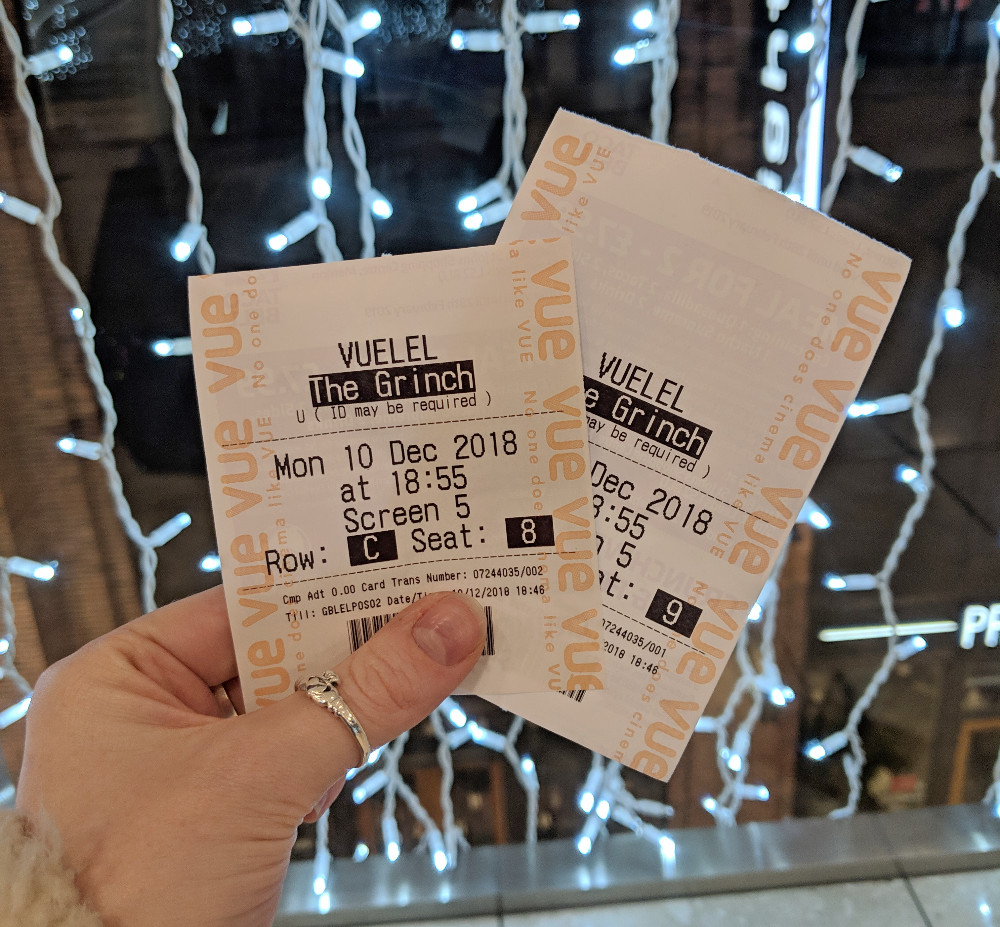 No sooner had the rhyming narration started, then  just like that, the lights were raised again, before the guests filed out of the doors and headed back to reality. Two hours of escapism in a comfy screening to switch off, have your imagination run away from you and get enveloped into another world. At this stage, a cinema trip should be a prescription for most adults.