Let's go back to where it all started. I thought I was so fancy, slotting my sliced lime into the neck of the bottle and knowing there was tequila included. This was me getting into Desperados and thinking I was earning serious cool points in the world of beer.

I think everyone started in a similar way. Beer was there because it was there. It wasn't a considered choice to excite your taste buds, an underage you or a drinking-to-get-drunk-you wasn't sat nursing a pint and discussing how tasty it was. At least I never did anyway.

I never drank beer until I left Uni - in hindsight, a great decision to keep a beer belly at bay - and from there, the tastings began. I started small, with the easy-drinking lagers that had the Mexican edge; Desperados, Corona, Sol - always with a lime and always thinking I'd made it in the world of beer drinking.

Whenever I travelled I'd vary my choice, propping up bars in Amsterdam on Heineken and Amstel, travelling South East Asia on a liquid diet of Chang and Tiger. Beer was there for easy alcohol, not the flavour. It allowed me to drink with friends pretty cheaply, instead of racking up expensive cocktails, but I never thought I'd be drinking for flavour pleasure.

Despite that, I still loved it. It was a fresh flavour and so easy to have a bottle slung across the bar instead of waiting for a cocktail to be mixed or even a mixer to be measured and based with too much ice. I've never been a massive drinker so I wasn't there to 'strawpedo' a bottle or down it as quick as I could, but it was easy drinking, often with an edge of tequila to keep it even fresher.

Truthfully, I don't think I moved onto anything harder or more varied until I met Matt, circa 2014. 23 year old Phoebe was introduced to the sheer volume of flavours that can be packed into a pint, with the easy-drinking lagers a thing of the past almost immediately. 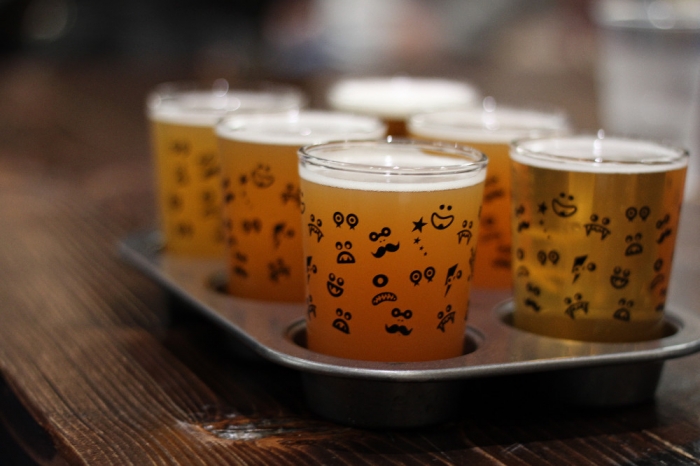 We spent most of our early dating life in Brew Dog by the Corn Exchange, my pours largely devoted to Punk IPA, every now and then straying to the guest taps where they looked appealing. As I was spending more and more time in Leeds, it opened me up to a lot more beer - endless taps in different bars, a trial and error process of working out what I liked and what wasn't working for my taste buds. In those early days, I rarely strayed from low ABV, with an IPA or blonde style of beer.

Matt and I are opposites when it comes to our pints. If we're drinking for pleasure, I'll be lining up the not-too-hoppy IPAs, Matt will nurse porters or sour style beers. From the early days until now, it means I get to dip my toes into new flavours without committing to a full pint, continuously expanding my flavour range. Moving to Leeds only nurtured that flavour development and where my real affinity with beer was solidified, Untapped check-ins at all.

Five years down the line and I am confident in my favourite flavours. They haven't strayed much from the originals, almost always opting for session pale ales or scoping out fruity or dessert laced offerings. I know my easy drinkers for the quick picks and I know what to steer clear of.

I have found my all time favourite beer and a close second, I've got picks of my favourite easy drinkers and I know my way around the breweries and tap rooms of Leeds.

My all time favourite? If you come here often you'll no doubt already know. Home grown, limited edition and smoothly sweet - Northern Monk's Neapolitan Ice Cream Pale Ale. It launched a few summers ago and the first taste was the best, the first year was the best quality. They've since re-released it for summer each year and while I still get excited to get my first pour of the summer, the balance of chocolate, strawberry and vanilla hasn't been quite the same since its inaugural pour.

The close second followed the same suit, my boyfriend spotted this one at Friends of Ham and decided a birthday treat was the perfect excuse to try something from the fridge. This was Omnipollo's Ice Cream Pale - purely vanilla flavour, deliciously smooth and also seemingly limited edition, as I can never find the original anywhere.

If you're looking for the flip side, the worst beer I've ever tried. There's no contest. A Leeds local had shared a guest tap on at Bundobust on his Instagram page, claiming it tasted like Slush Puppies and was not to be missed. Being the easily influenced girl I am, I went straight to Bundobust and had it poured - no sampling, no worries. I don't actually remember the beer in question, but I do know that it ruined a Bundobust classic for me. The flavour was comparative to brewing an IPA with okra fries in the mix - i.e. terrible. Every sip tasted like the Bundobust side dish and I couldn't find any other notes on my tongue. Needless to say I didn't finish the beer and also have never had okra fries since then.

I'll always dabble in beer stylings that might not be my top pick, but I'm usually right in saying I'm not a fan of sours (the one in question above) or whitbeer and I'll be nursing a pint of a porter for a couple of hours, even if I do like it.

The constant bar refreshes and new openings in Leeds bring enough to offer for me to continuously try newbies on the taps (find the newest craft beer bars in Leeds, if you haven't already had a peek). But, there are always my favourites that give me a hit of nostalgia of my early beer adventures and always have a fail safe to fall back on if I need it. Cross Keys and Northern Monk (an easy crawl from one another), the original Brew Dog spot by the Corn Exchange and Tapped, where the taps are forever refreshing and the pizza is a must. 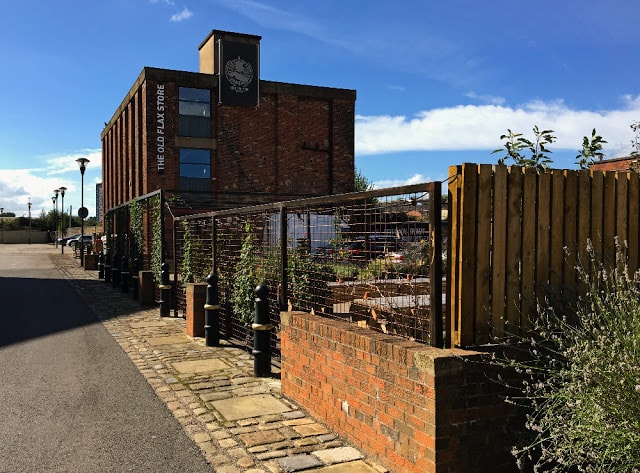 While my love of beer is still a relatively new find, I think I'm always going to look forward to tasting my next favourite beer.
That first sip when you haven't had a beer in a while, once it hits 4pm on a Friday and the working week is closed, those are always the best sips, even if it's not the best beer. This feeling is something I try to emanate when I'm trying a new flavour that's right up my street.

For anyone looking to get into beer but still isn't there, all I can say is, keep trying it. Sip your other half's, ask for samples at the bar, just keep trying. It's not for everyone, but I do think there's at least one beer out there for everyone that can change your mind. Even if you do have to start in The Bad Place (Budweiser, I'm looking at you... Although you do have a cute slogan).

While I might have got into a flavour groove with the type of beer I like, that doesn't mean an end to my beer journey. There are a limitless amount of options to try and I haven't even touched the surface. I love following along on other people's discoveries and hoping to adopt them into my own flavour profile. Tell me your favourite craft beers and why?