There's something about the winding streets of a new city that pave the way for excitement. My belated birthday trip came around in January, a long weekend in Rome getting lost in the cobbled streets, stumbling on moments of history and working through an endless menu of pasta and pizza. 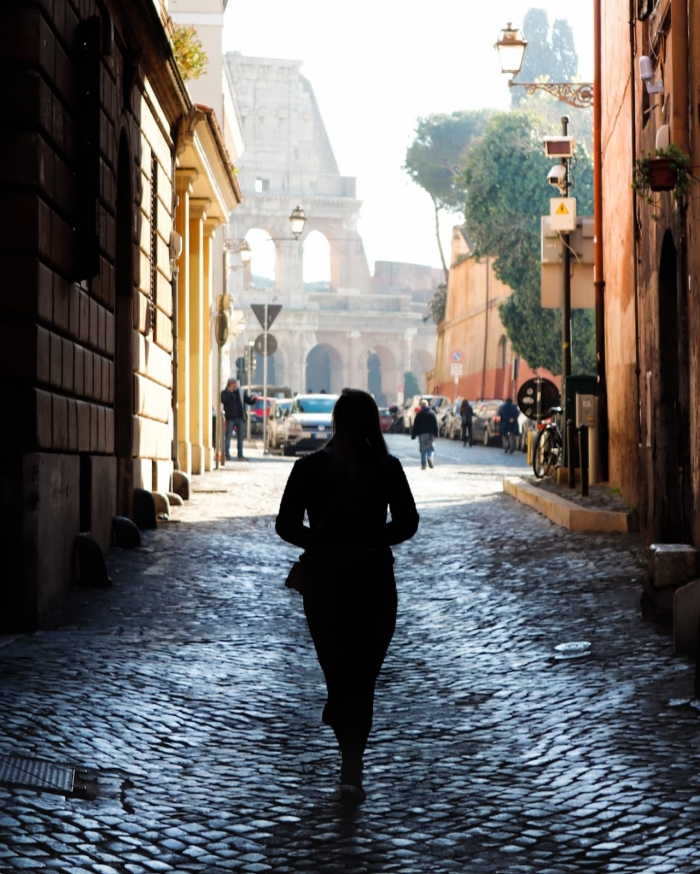 Staying near the Spanish Steps gave us the perfect base to explore from and through our long weekend we ticked off the greats, starting with the classics. We followed most visitor's advice and booked onto an early tour of The Colosseum, the synonymous site of Rome.

Arriving just after 9am we watched the sun twinkle behind the landmark, freezing in the shadows and following the crowds into the sunlit corners of the courtyard around. 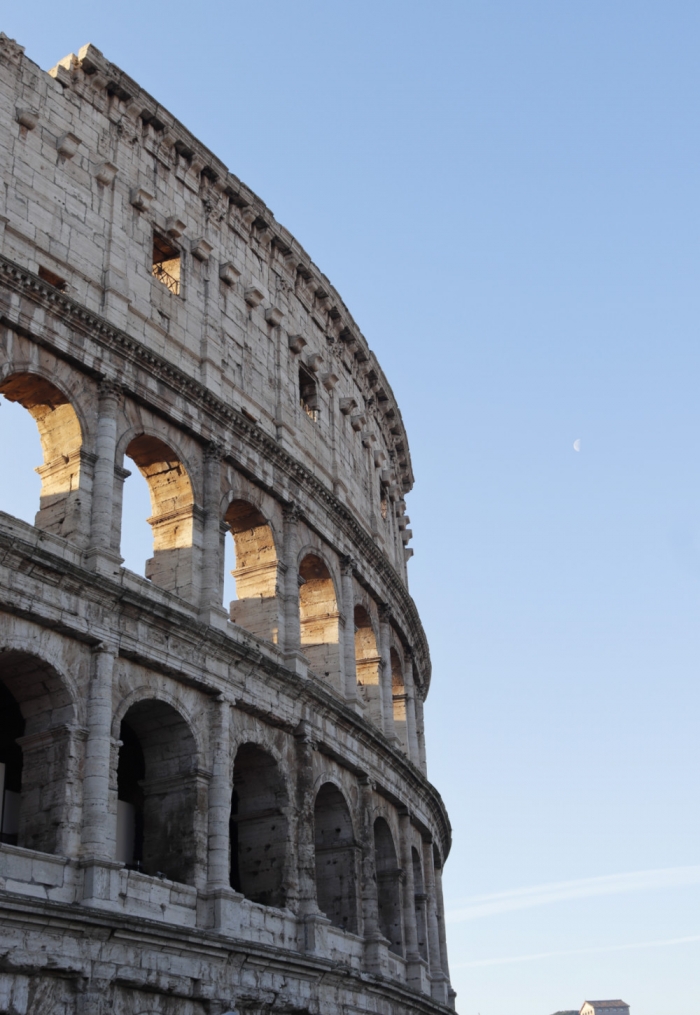 The Colosseum is one of those things that needs to be seen to be appreciated and even then, I don't think I got the full grandeur of the history. We had a tour led by an architect that has studied the venue for years, full of tidbits of information and discoveries around the different uses and placements of various details within. The crowds line each of the balconies and without a tour guide, I could anticipate things getting a little overwhelming but with a short 45 minute tour, we got to make the most of it and hang around to soak up the sun in the history.

We exited to developing queues and an endless sequence of hawkers persistently pushing selfie sticks and phone chargers onto anyone that gave them an inch. For me, my only negative of the trip as - quite sensibly - they monopolise each of the tourist hot spots to get their sale.

We spent the rest of our afternoon exploring Palentine Hill as the afternoon sun set. A weaving set of pathways around ruins and sculptures that makes you forget where you are. Right in the centre of a bustling city and you're set amongst centuries of history, with some great vistas over the rooftops of Rome. 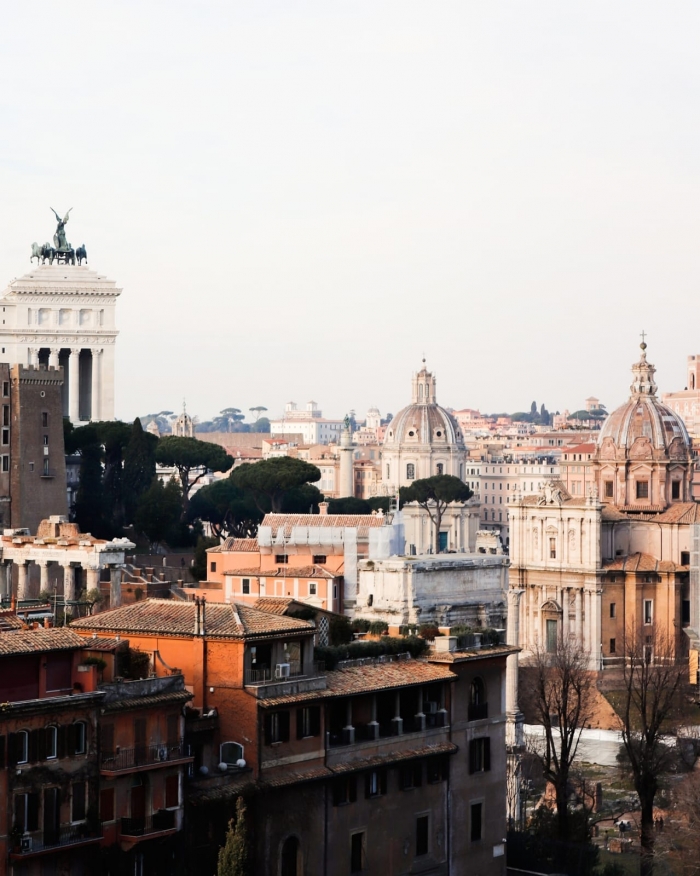 The only thing pulling us out of a historical adventure? Beer. For all the love I took away from Rome, their craft beer scene is still somewhat small. I'd bookmarked a few options before we went so we exited in the direction of Open Baladin. Hidden down a side street, as so many of the greats are, the door opens up into a bar lined with bottles, warming the room with an orange backdrop. We set ourselves up at the bar and worked through their menu into the evening before stumbling on a hunt for pasta. 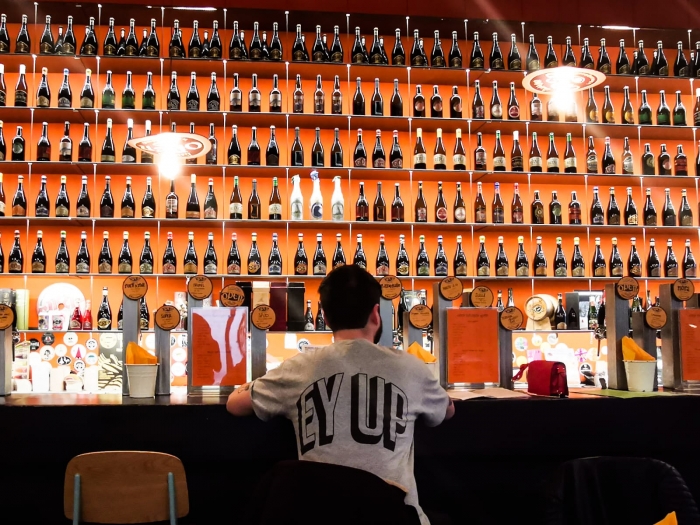 The next day, we awoke to a downpour that set the scene for a walk to The Vatican. As the venue is so big, Google Maps didn't quite know where it was, leading to a mini excursion around the basilica before being pointed in the right direction. Queues wound around the building but with a little advance booking we were practically straight in, wringing out our clothes as we made our way to the start of the tour path. 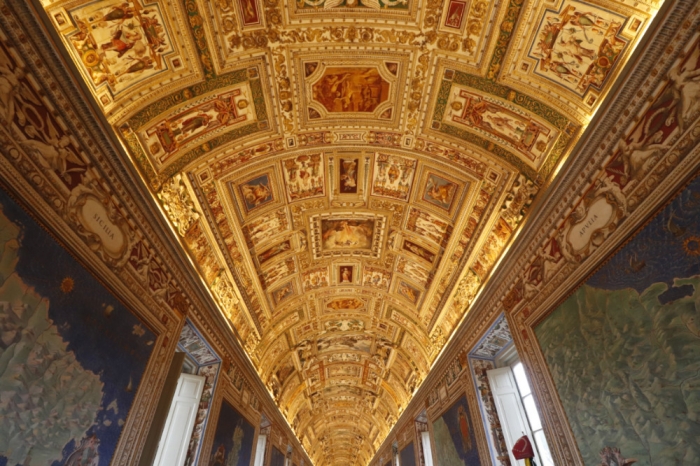 The Vatican was the busiest spot in our trip - not unbearable but chocked full of tour groups leaving you short gaps in the crowds to take in the artistry around every turn (and hopefully get that people free shot). 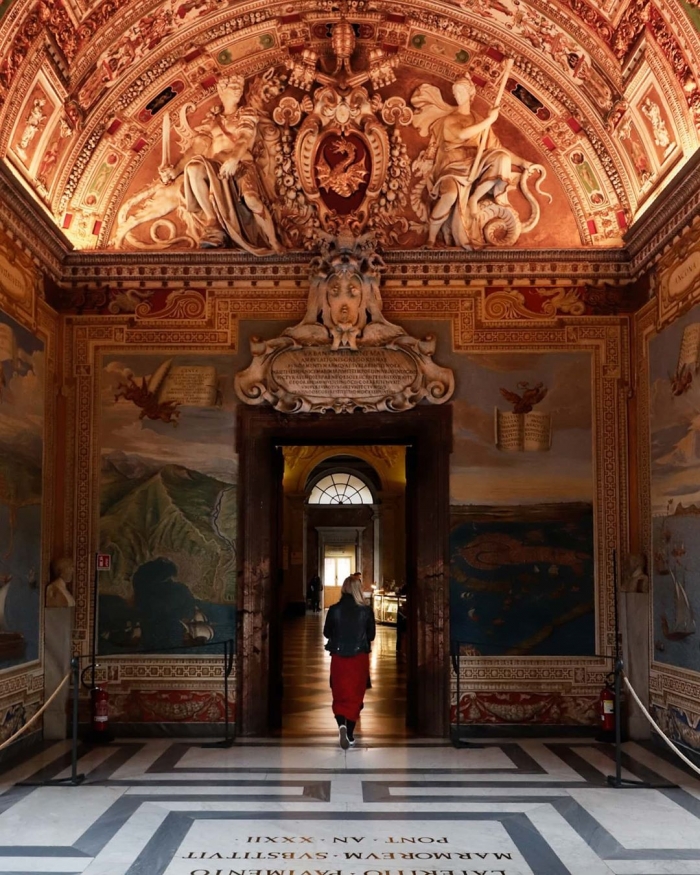 We wandered through the artworks taking the long route (there's an express option direct to the Sistine Chapel if you need it), before the corridors opened up into the piece de resistance... To say the chapel is impressive is an understatement, your eyes will dart around the ceiling trying to focus on one detail as people move around you doing the same thing.

We took the opportunity for the scenic route towards The Pantheon for our next culture hit, allowing us a glimpse of quintessential Rome through winding cobbled streets, gelato shops and crackling paintwork that creates some dreamy textures along the buildings. 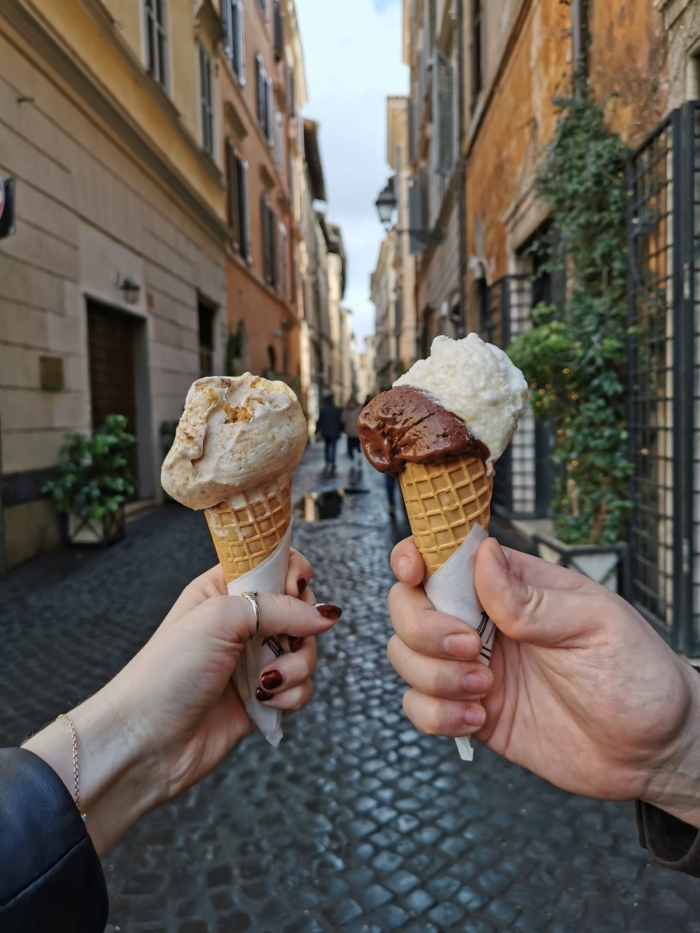 As became expected, from tight winding streets there were piazzas that opened from nowhere. Restaurants line a square with a fountain for a centrepiece, where the sunlight basks before moving back into the shadows as you continue through the city.

The most impressive round-the-corner moment, The Pantheon. A massive dome topping entrance columns that springs up in what you expect to be another piazza. The greys of the building somehow vibrant next to the pastel buildings that surround it. 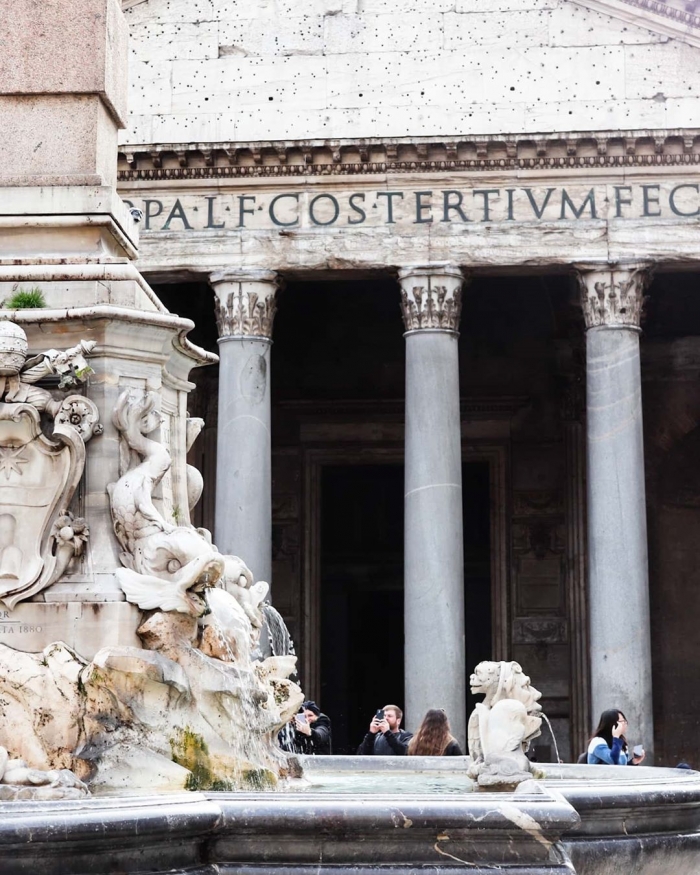 Entering, everyone's eyes go straight up. Another piece of history that doesn't quite make sense in its construction of the time it was made. Despite the rain trickling through the void in the roof, we set ourselves up on the pews for a mid-afternoon break, people watching the moments of discovery. 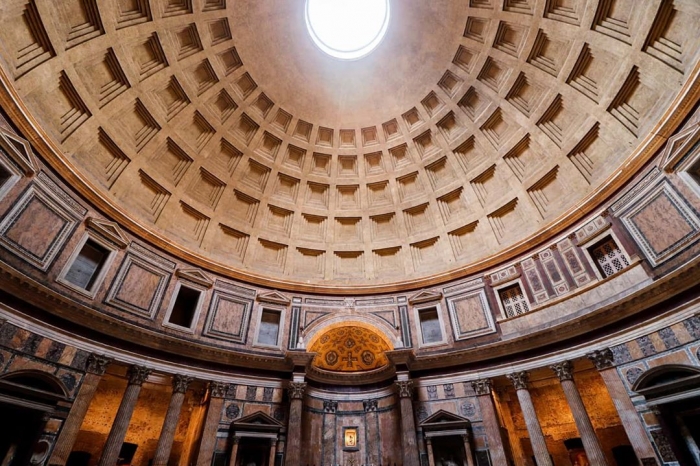 On our final day, we took it slow. Ticked off the Spanish Steps properly, walking up to the top before the crowds gathered, followed by a Sunday stroll towards Trevi. 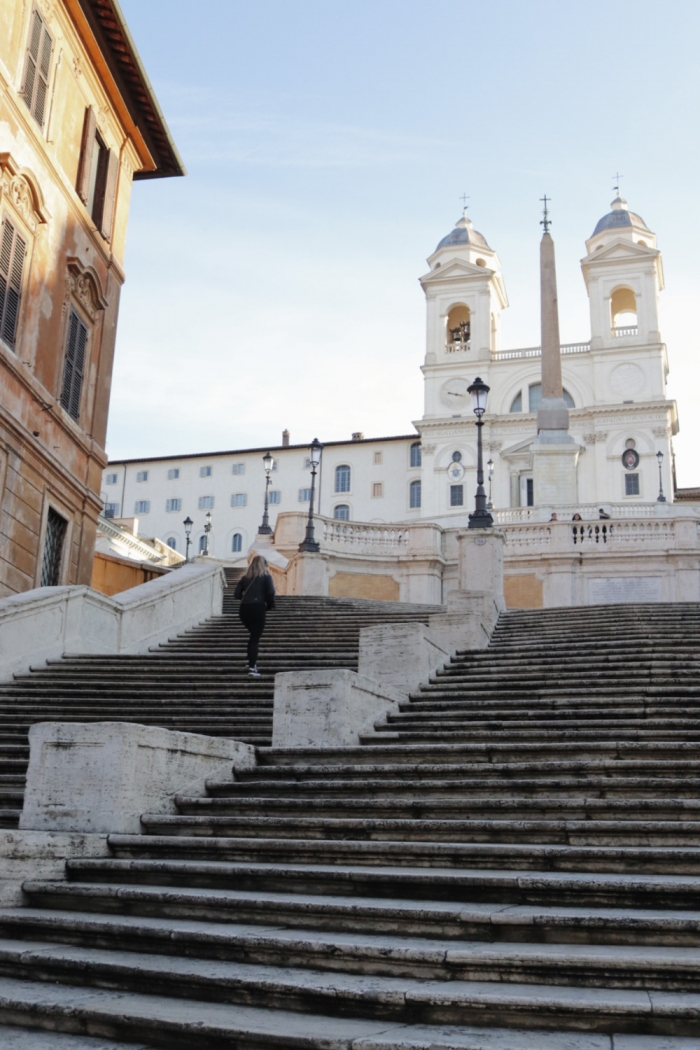 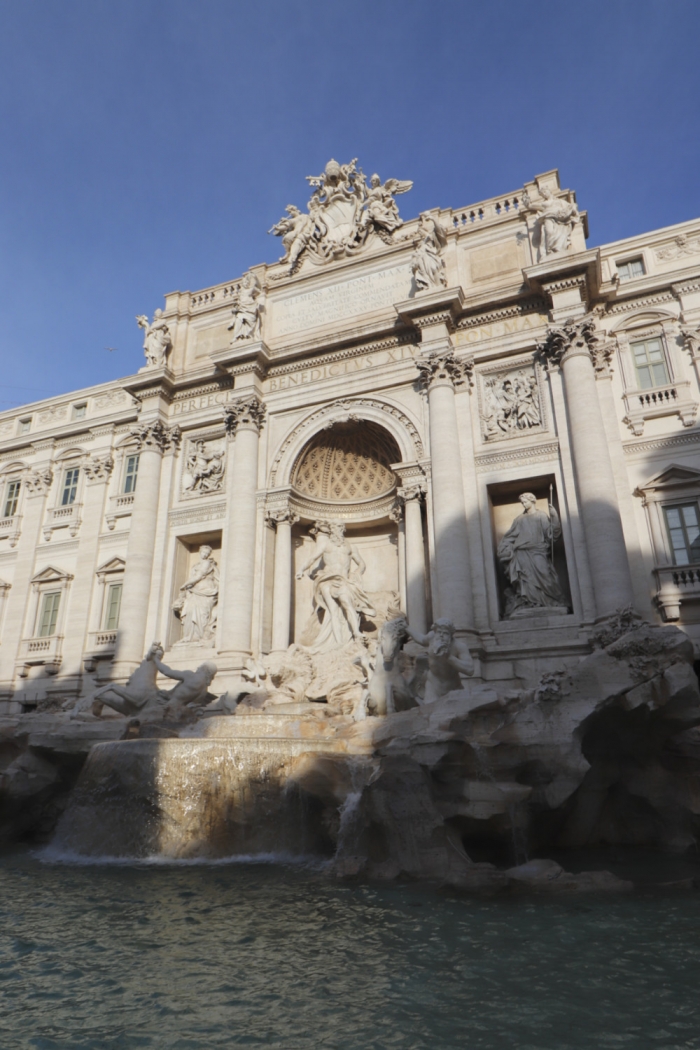 Another grandeur of history that appears as if from nowhere. Quiet streets that break for crowds and that typical Roman architecture, peaked with sunlight in the early morning and already lined with people. As the crowds exchanged, we moved on for a coffee stop, before heading up to the park of Villa Borghese.

If you have the time, I highly recommend an aimless wander around the Villa Borghese gardens. Locals explore on foot, on bike, with skate lessons, with their dogs... And tourists weave amongst them looking out for swooping parakeets, mooching into the sunlight and swapping the bustle of the tourist sites for a slightly quieter taste of Roma. 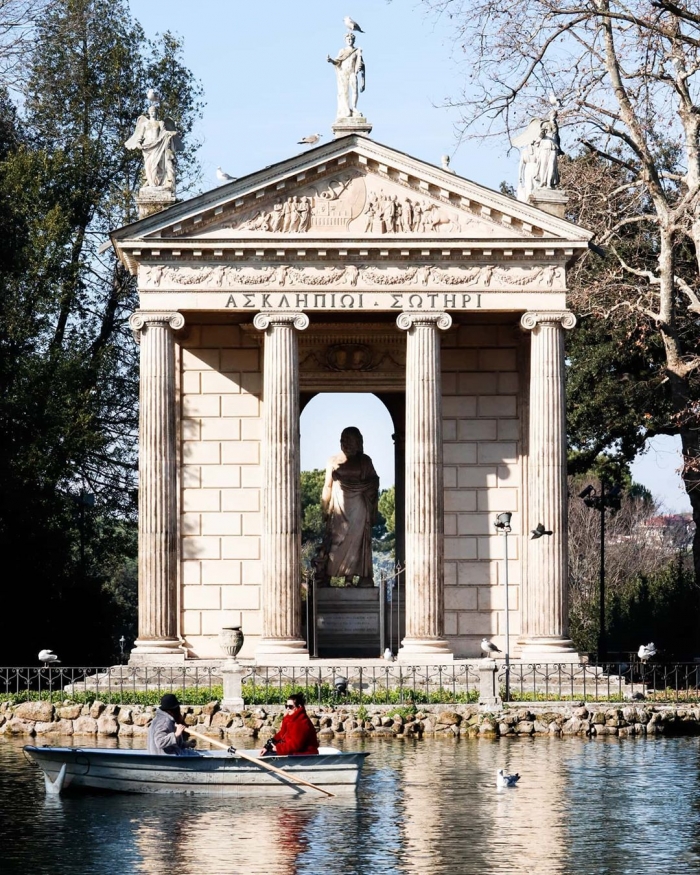 Rome is one of those places where you have something to look at around every corner. I am obsessed with the architecture and the streets that open up into so much round every unassuming turn. It's a place to wander and get lost in before stumbling on an essential piece of history or a crumbling piece of architecture.

Visiting in January allowed us to explore without overheating and seemingly without the overcrowding. In such a scenario, it's a city easy to fall in love with.