It's the quieter New York and the much easier option to explore if you only have three days. Aside from a very sleepy few hours straight off an evening flight, we had three full days to see the city before heading to Minneapolis to visit friends. 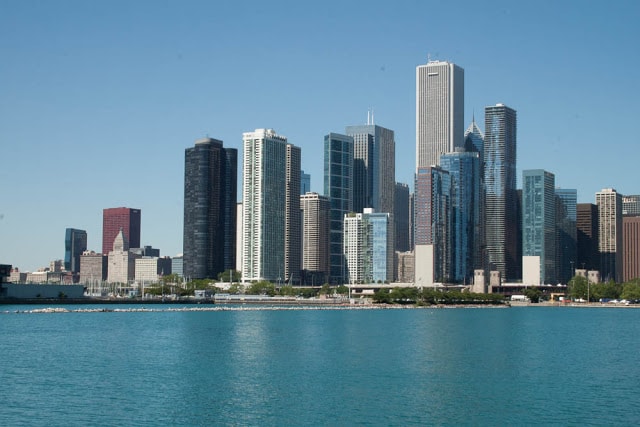 It's a big city laced by Lake Michigan, meaning plenty of beaches alongside the skyline. We stayed up on the Gold Coast in PUBLIC hotel. It's a hipster's dream with some seriously cool lobby vibes and is a ten minute train into the city (or a pretty pleasant 30 minute walk), that allowed for some more 'local' spots to try as well as tourist favourites - plus it was right next to the beach.

We didn't get chance to dine in The Pump Room (the hotel restaurant), but it's pretty renowned if the photo wall in the basement is anything to go by. 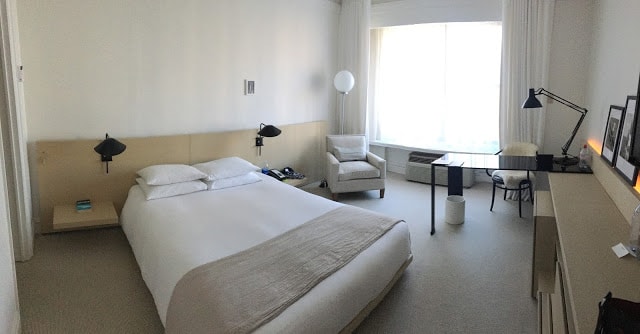 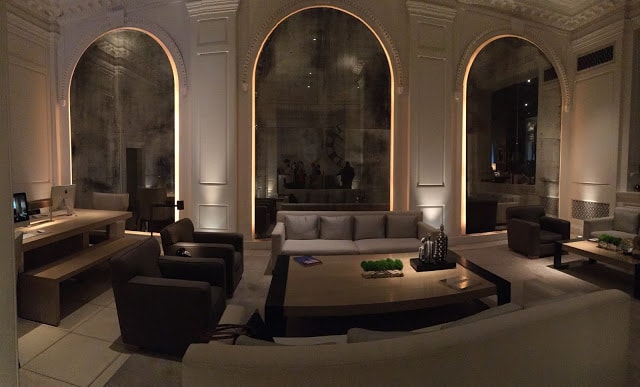 A fortunate side affect of jet lag meant we were out of the hotel bright and early, so took the opportunity to walk into the city along the coastline. Oak Street Beach was at the end of the street, perfectly serene with a great corner view of the cityscape. We weaved amongst the locals down the coast as they took in their morning runs in the cooler AM - temperatures peaked at 36C whilst we were there - before taking a detour onto the Navy Pier. 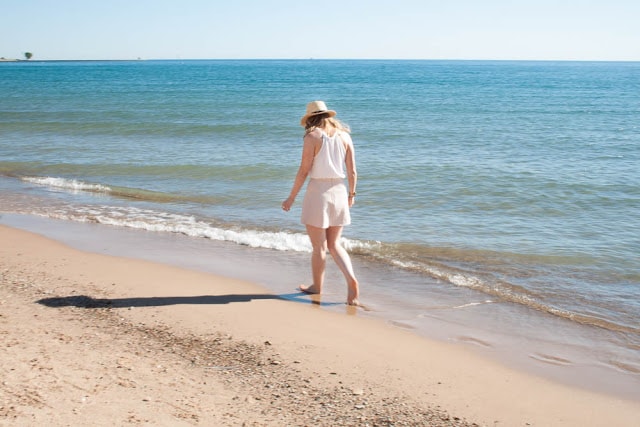 The pier is probably great at night and whilst it's beautiful (and has a ton of food choice) it's a tourist haven. It's great to have a stroll down, but I wouldn't worry about missing it if you're in the city - although do take note that there's a firework display every Wednesday and Saturday night through the summer, something we missed due to an epic storm... More on that later.

We arrived just as a police graduation session was letting out, so we were literally surrounded by the Chicago police force, it meant the end of the pier was closed to public so we made the most of the benches lining the walkway. 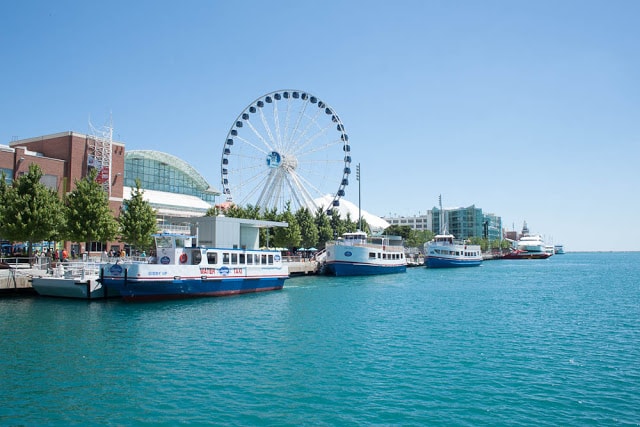 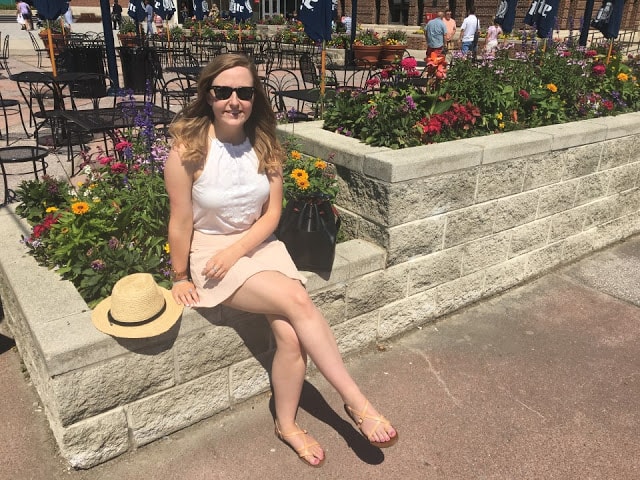 The Riverside Walk takes you from the Pier over a pedestrian friendly bridge and into the beginnings of a pretty extensive park - biking these would be awesome, plenty to hire. There's countless things to look at, to do, to see, all in a miniature city haven on the edge of The Loop. The Bean (or Cloud Gate) is on the edge of Millennium Park ~ and is actually the only thing I knew I wanted to see in Chicago before we went ~ it's impressive and ultimate photo opp moment. If you work out the right angles it has the ideal positing for an alternative view of the city skyline. 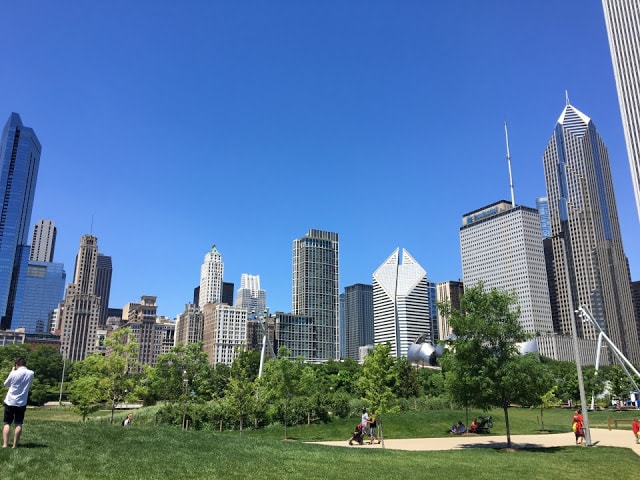 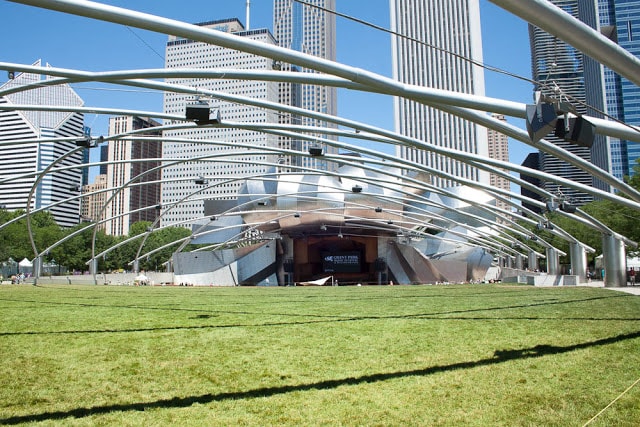 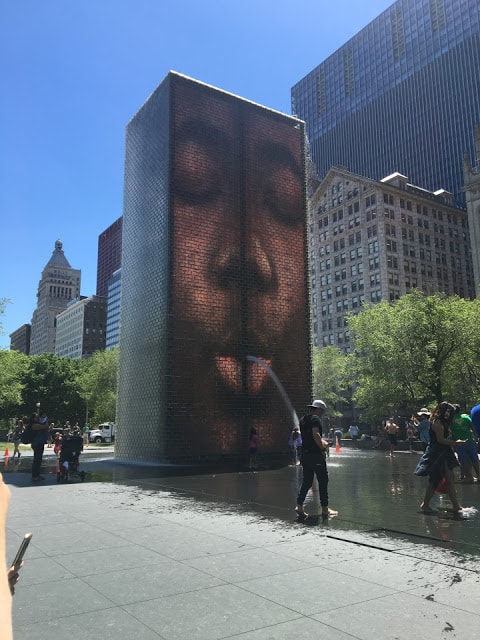 This is where we also saw the perfect summer's night activity, the summer series held at the Millennium Park Palladium - films one night of the week every week of summer. We were there for the first night of the season and Ferris Bueller's Day Off - it's set in Chicago which made it even more of a perfect fit for our nights' entertainment.

Arriving back to the park that night it was insanely packed. I overheard a woman who had been going for years saying she'd never seen it as busy. We spotted a tiny patch on the grass right by an exit and took the opportunity after ploughing through the crowds to squeeze in, and I'm so glad we did. Such an amazing experience (whether tourist or local), setting up camp with beer and sweets for an outdoor cinema for the night - potentially my highlight of Chicago.

The plan was to sit down with a bag full of Shake Shack goodies, but the queue was out of the door - it was a mammoth queue the whole time we were in Chicago, so the illusive burger chain is still on my to-try list. 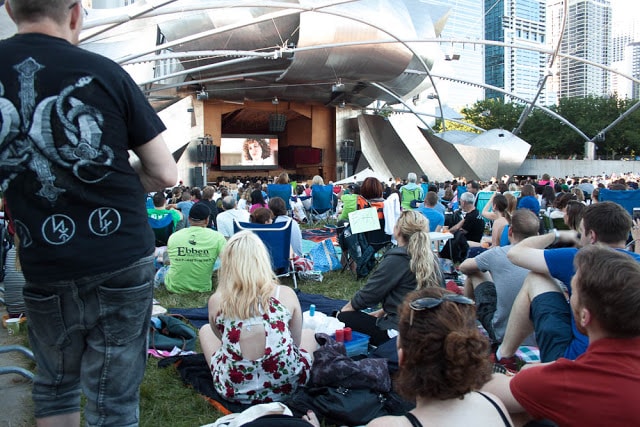 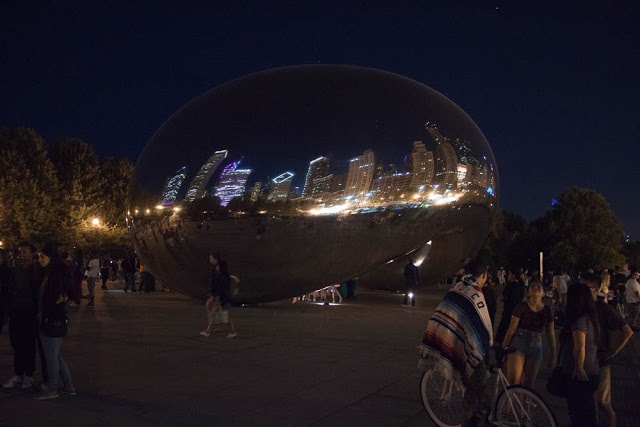 The day disappeared before we knew it which meant we got the city at night to head back to the hotel in, spotting the famous Chicago theatre sign before hopping on the train. 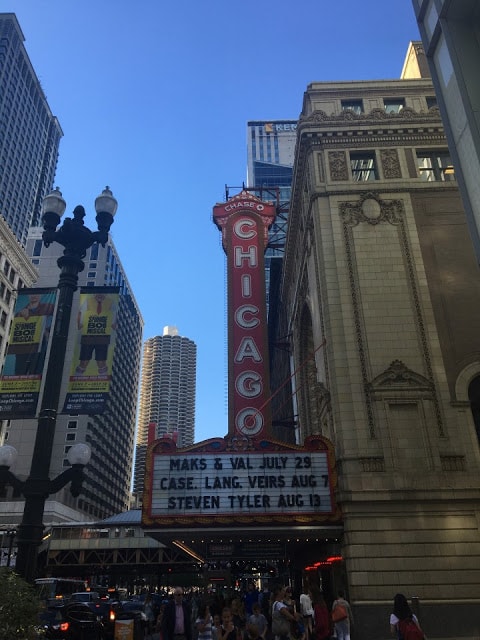 It was an ideal first day and the ultimate city exploration with no pressures to tick off endless attractions. Ready for more? Click straight through for day two in Chicago!

Oh and if you're ever flying into Chicago (whether to stay or for a layover) make sure you get a window seat, it's a killer view. 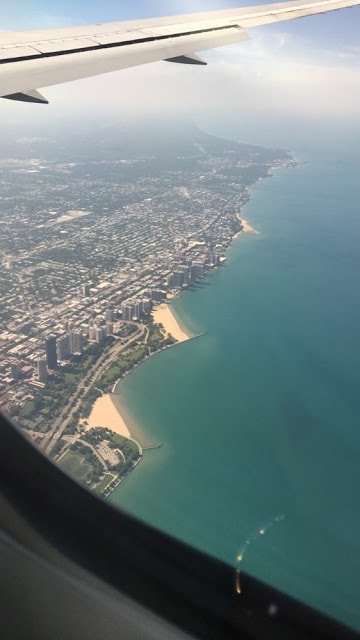