I toyed with titling this post 'TV moments that made me' to fit in with that current trend. With some thought, I don't think a vampire slayer stabbing a vampire to death really changed my life, but oh did it stay with me.

Favourite TV shows are one thing, iconic TV moments are another. Full context makes each of the below even better and the feels that some of these scenes bring...

There are undoubtedly some spoilers below so if these are all fresh experiences, find the real thing before reading my synopsis.

Buffy is my ultimate TV show and there are endless moments of brilliance included. A highlight of many is the finale of season two - led up to with a whole host of back story that makes this moment heartbreaking. It's a moment I sob through with every watch (and there have been many) and despite the endless best bits on offer from Buffy, I'm going to crown this as my absolute favourite of the entirety of the show.

Imma throw in a bonus Buffy moment that is among my favourite seconds of the entire seven series. No extensive description, just a moment of appreciation. Angel turns bad (which is where he's better anyway), showcasing his change by killing a smoker and exhaling. Excellent scene.

I'm a relative n00b to Ru Paul's Drag Race, having seen snippets of loads of series, but only watched the UK version start to finish. A moment that I did manage to see and have watched repeatedly since, is the season nine finale. The final lip sync from Sasha Velous is iconic, whether you're a Drag Race fan or not. I'm aiming to work my way through the Drag Race archives, but until then I'm keeping up with the newest series and catching the historic iconic moments where I can.

Another series with endless highlights, but the Jim and Pam love story throughout is probably the most invested I've been in a will they/won't they scenario. Spoiler, they will. The wedding scene with all the staff is pure joy and I was enthralled. It's based on a previous viral video, the real life version and the synchronisation is next level. Of course, as with most things in this show, made all the better by knowing all the quirks of the characters.

Episode: Niagara (part two), season six of The Office (US)

Geraldine jumps in a puddle

If the news has passed you by, The Vicar of Dibley is now on Netflix UK and I am all set for a full rewatch. I remember the first watch of this moment and the surprise that came with it. It's so on brand for the character and proved so popular it was recreated with another love interest later in the series. It was a close toss up between this and the moment Geraldine sticks her head into the chocolate fountain, but the puddle just topped it.

I put off watching the US version of The Office for so long as I hated that they'd ripped off such a great original series. I'm now a convert, but with the first series being a direct remake of the UK version, the humour just doesn't translate, key case in point being the stapler in the jelly. The whole conversation, justification and anger around this moment is hilarious and is an advert for the UK series in itself.

Episode: Stapler in the jelly, series one of The Office (UK)

I am the opposite of a football fan, but this moment is amongst the best things that has ever been on TV. I have no idea what the game was or if missing the red card was a massive disaster, but Chris Kamara's reaction to being asked about it is iconic. Legitimate TV gold.

Episode: who knows... It was on Soccer Saturday

"I got off the plane"

The night the last episode of Friends aired was a Big Night. I still remember having a sleepover at my friends house to watch it together. I sobbed through the finale, with Rachel's in-person answer above being the clincher in tipping me over the edge. I'm a Friends super fan and typically say that I don't love the last few seasons, but this line (and the entirety of the last episode really) was iconic. It was made even more genius by being the same night that Big Brother launched a new series, being dubbed as Black Friday on Channel4, I still remember the ad campaign that built up to it. All in all, an event.

Episode: The one where they say goodbye, series 10 of Friends

All of the above are well-worth investing your time in as full TV series, the above being just a handful of the best bits - The good, the sad and the heartbreaking. 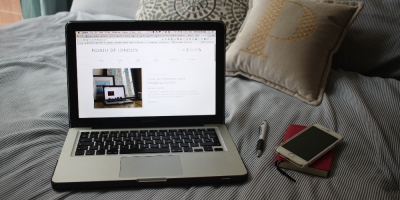 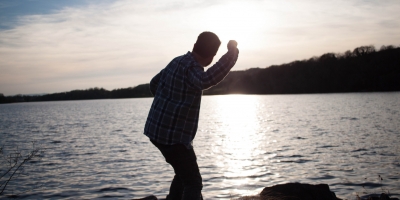